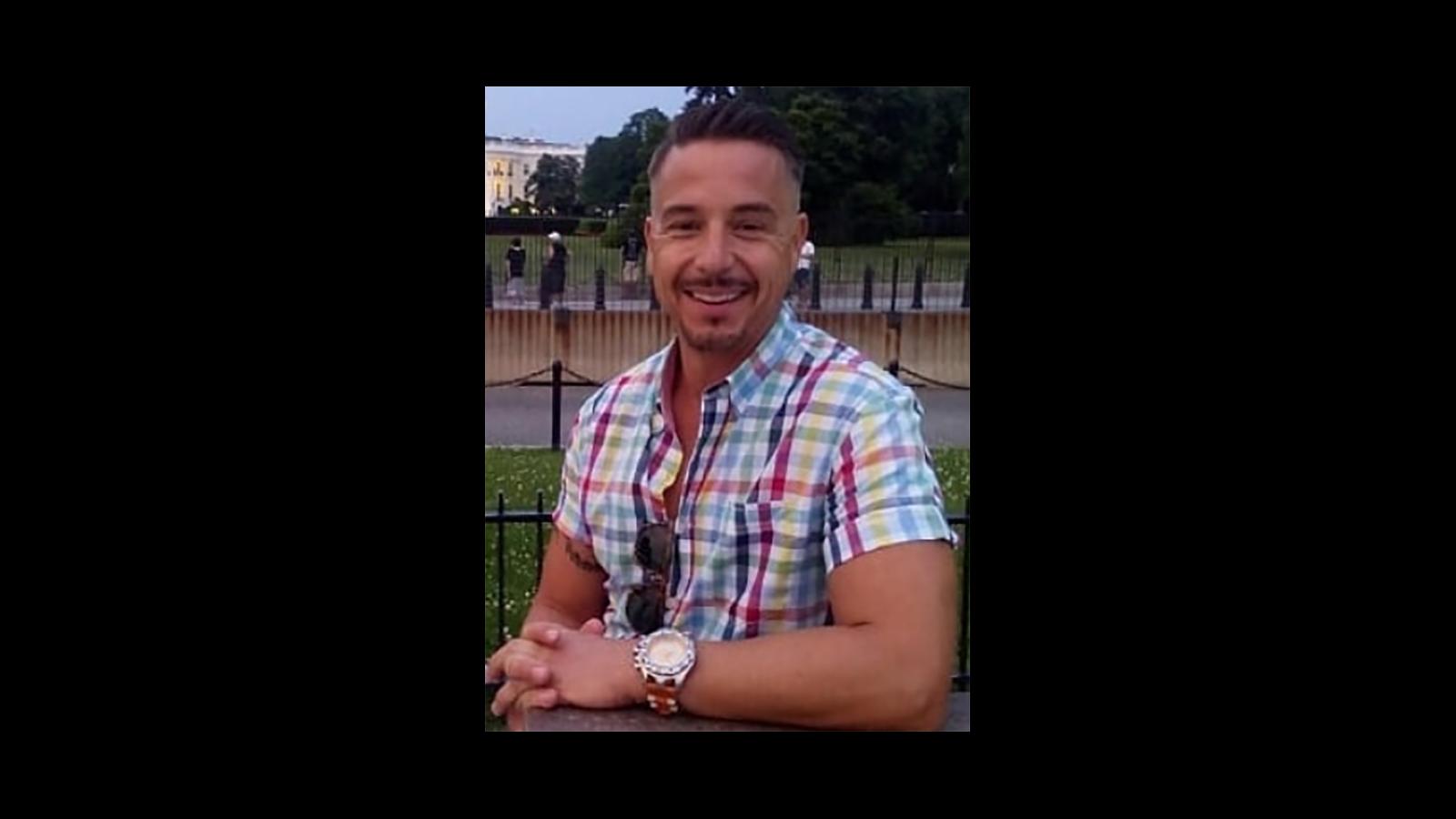 Americans react to Biden’s plan to forgive up to $20,000 in student loan debt

(CNN) – Americans across the country are sharing their mixed reactions to President Joe Biden’s decision to forgive up to $20,000 in student loan debt for millions of borrowers.

Biden announced in August that borrowers who hold loans from the Department of Education and earn less than $125,000 a year are eligible for up to $20,000 in student loan forgiveness if they receive Pell Grants, which are given to students from of low- and middle-income families. People who earn less than $125,000 a year but have not received Pell Grants are eligible for $10,000 loan forgiveness.

The reduction in student debt is accompanied by a plan to lift the freeze on federal student debt repayments, starting in January 2023.

On Friday, the Biden administration finally open the application process in a beta period, officials told CNN, allowing applicants to begin registering before the website is officially unveiled later this month.

Biden said the administration’s “targeted actions are aimed at families most in need: Working-class and middle-class people have been hit particularly hard during the pandemic, earning less than $125,000 a year. “. He pointed out that “about 90% of eligible recipients earn less than $75,000.”

But the nation is divided over Biden’s decision, flooding social media with either praise or criticism. Many see the executive order as a game changer for millions of Americans who are drowning in debt, while others say it is unfair to those who have sacrificed and worked hard to pay off their college debt.

Here’s what some Americans have to say about Biden’s plan.

Pamela Bone is a 59-year-old resident of Atlanta, Georgia. Her youngest daughter has cerebral palsy, which inspired her to become a teacher for college students with moderate intellectual disabilities.

Bone said she and her family left Seattle after her daughter was born and briefly stayed home to be there for her during several surgeries and doctor’s appointments. She also volunteered at her daughter’s school and said she was ‘amazed by all the time, care, attention and love her teachers gave her’, which helped her. pushed to go back to school to get her master’s and specialist’s degree.

“I wanted to give back to students what my daughter had received from loving individuals and I just knew that was my true calling in life,” Bone said. “Needless to say, the cost to obtain the necessary credentials was high, but also necessary, as I was now divorced and needed to take care of myself and my daughter.”

Even though teachers are underpaid, Bone said, her profession is “near and dear” to her heart.

“Cancelling this debt means I can put more aside for my daughter’s future, to ensure a comfortable and meaningful life for both of us and something that I am truly grateful to receive,” she said. declared.

Jo Ann Hardy, a 66-year-old woman from Detroit, Michigan, says her family is middle-class African American. She and her husband, Jerry, paid for her daughter to get her master’s degree in 2004. All three made sacrifices and worked hard to pay for her daughter to go to college with the help of some college scholarships, says -she.

“We made it! No loans! Although we didn’t need a loan, we are thrilled that President Biden announced a plan to help relieve students who have had to take out loans,” Hardy said. “We are smart and compassionate enough to know that not all students and families can get by without help! »

The Hardys fully support efforts to alleviate some of the borrowers’ student loan debt. They said they have known students and families over the years who “have given their all and continue to make important contributions as professionals in our communities and across the United States.”

Lonsberry says he and his wife both held jobs throughout their schooling and made sacrifices soon after college to pay off their loans.

“Now this loan forgiveness is a slap in the face for us. We did the right thing and we fulfilled the obligation we took on,” he said. “This policy, no matter which side of the aisle you’re on, sends the wrong message. This time it’s 10,000 but next time people always want more. It’s not sustainable.”

Lonsberry says he supports getting a higher education but believes each person is responsible for their own payments.

“At the end of the day, no one seems to want to take responsibility for their actions. People need to step in and be responsible for themselves and their decisions, but now it seems like everyone just wants a handout,” a- he declared.

Elijah Watkins, 28, is from Atlanta, Georgia.

Watkins says Biden’s student loan forgiveness plan means he can leave his mother’s house. Since the start of the coronavirus pandemic, Watkins says he has lived in a difficult environment that has forced him to choose between paying rent or repaying student loans. He chose the latter.

“That means I can start taking bigger steps as an adult for bigger purchases, like buying my first house, buying a new car, or reinvesting in my own business,” Watkins said.

“Outside of Obamacare, this is the first time a president has directly influenced my day-to-day decision-making that makes me proud to be a citizen of the United States of America,” he said.

Brian Garten is a 30-year-old resident of Jacksonville, Florida.

Garten was a borrower of Pell Grants, as well as a few small grants, and held several jobs while in college. He had to take out $26,000 in student loans on top of his federal student loans, he says, and enrolled in the income-based repayment plan, never missing a payment for seven years.

“It has so far prevented me from reaching important milestones in my life,” he said. “I couldn’t even imagine saving money for a down payment on a house, and there’s no way I could afford to start a family.”

Garten says his student loans affect every aspect of his life and that Biden’s forgiveness plan “is going to change everything for me.”

He expects to receive the full $20,000 forgiveness and pay off the remaining balance to be completely free of college loan debt.

“I plan to buy a new car, with warranties and guaranteed reliability for the foreseeable future,” he said. “This will be my biggest purchase and something I consider an important investment in my future. This student loan forgiveness gives me hope to move forward in my life where I had none before.”

Visser, who describes himself as a progressive Democrat, is against Biden’s decision. He said he disagreed with “helping people in financial difficulty”.

“If they couldn’t pay it back, why did they borrow it in the first place?” he said.

Visser said his wife died 12 years ago, leaving him with a single-income household and bills he couldn’t pay on his own.

“I made tough choices, set myself a strict budget and paid off the debt as quickly as possible. Why shouldn’t a similar plan be the same for student borrowers? If they were going to university, they should be able to manage their finances,” he said.

“It seems rather inequitable to me that part of my tax dollars now go to pay those who took an easier path to their degrees without any contribution to society,” he said.

Clark was the first person in his family to earn a four-year college degree. She grew up in and out of poverty, and the thought of going to college was daunting. Her mother was not told about the financial aid process and the thought of her eldest daughter leaving home “terrified her,” Clark said.

Clark filled out the Free Application for Federal Student Aid (FAFSA) only to find she had an expected family contribution of zero, she said.

During her freshman year of college, Clark took out subsidized and unsubsidized loans to pay for the rest of her tuition and college costs, such as books, supplies, and housing costs. She worked full-time during her college career to support herself, but it sometimes hurt her grades. Clark says it was a miracle that she was able to graduate with a 3.4 GPA.

“I entered the field of early childhood education almost immediately and found that my hopeful aspirations for my future career were just as bleak as my ideas about college,” he said. she declared.

Clark earned about $20 an hour as an educator for nearly a decade, and she repays her loans in installments of less than $100 a month under her income-driven repayment plan.

“Once I did the math – I will most likely DIE before paying off my student loans. With the burden of student loans on my shoulders, I can finally breathe,” she said.

Clark added that she feels “so free to know that student debt is one less weight that I will have to keep drowning under it.”