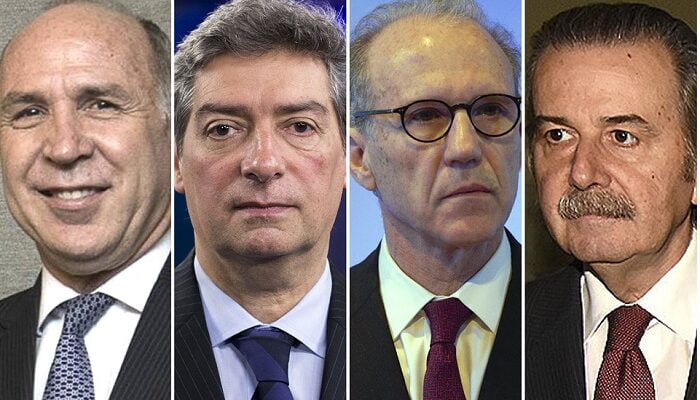 The highest court as a “counter-majority” power that has not been elected by the people should not condition what “constitutionally the democratic powers” ​​– legislative and executive – decide, says the author of this article. He points out that the President and Vice President of the Court travel the country proselytizing for justice instead of solving cases that fall within their jurisdiction. And as if that were not enough, they send Congress an obscene budget equivalent to 10 billion pesos per year per minister for their operation.

We are experiencing a serious break in the dynamics of the country’s basic institutional architecture.

In this context, the highest court of the country was irregularly co-opted by Horacio Rosatti, current president of the Court and simultaneously president of the Council of the Judiciary of the Nation, which exercises the judicial public power. Additionally, along with Vice President Carlos Rosenkrantz, they both elected themselves to these positions for three years, from October 2021 to October 2024. An irregular elective meeting in which they voted for themselves with the collaboration of the other member Juan Carlos Maquéda. The other two members, Ricardo Lorenzetti and Minister Elena Highton of Nolasco, who resigned in November 2021, were not due to attend the meeting, as they should have been.

At the same time, the President and Vice President of the Court recently traveled across the country, to proselytize the judiciary among judges and clearly show their arrogant power over other branches of government. These attitudes of the judiciary have no constitutional justification.

Thus, recently, at the closing of the XXII Meeting of Judges of Federal and National Oral Courts of Argentina, held in the city of Catamarca, on September 29 and 30, 2022, Horacio Rosatti said: “I believe that the profound reform judiciary, involving substantive and procedural aspects, will be the one that will have the consensus of the judiciary, because we have a lot to say. This is what we expect from the CSJN”. But afterwards, he conditioned his acceptance of the changes and declared: “As far as we can, we will make the necessary reforms”.

In other words, the CSJN unconstitutionally limited the other two democratic powers. It is one thing to consult the Court and it is quite another for the Court to threaten that, as a counter-majority power not elected by the people, it can condition what the democratic powers (the Congress and the Executive ) can constitutionally decide, and to add that they will carry out the regulations which will be dictated to them, to the extent of their possibilities and as long as they deem necessary.

Rosatti’s statements imply a real attack on the constitutional order, with the aggravating circumstance that he did so by making the rest of the heads of the various courts of the country, gathered in the Catamarca meeting, unwitting accomplices.

This is compounded by the fact that the statement was made after the vast majority of Argentine governors agreed on a CSJN reform bill, which recently received Senate approval.

On the other hand, it has become clear, as emerges from the discussions within the Senate committee which examined the bill, that the vast majority of the decisions cannot be seen and analyzed by the ministers since in on average, they sign between 71 and 80 decisions a day because, as former tribunal member Eugenio Zaffaroni told the Committee on May 5, 2022, they delete between 15,000 and 17,000 decisions a year. All of this means that the decisions of the court are, in fact, a grand decoration and not the result of judges personally dealing with each case or deciding matters in which they are not specialized.

In addition, the CSJN, in a monarchical way, operates without delay to resolve its cases and often with late decisions without reasons, in accordance with the unconstitutional article 280 of the Code of Procedure of the Nation, which allows it to decide, without giving reasons, only by mentioning the article of the Code.

The latter is negatively enhanced when we note that in the midst of adjustments from which many sectors are seriously suffering, the CSJN transmitted its budget for the year 2023, published in the Official Journal of the Nation on September 15, 2022. The Ministry of l ‘Economics added it verbatim.

In this document, it appears that the members of the Court have fixed “the CSJN expenditure budget for the year 2023 -approved by Acordada 21/22-, in the amount of pesos fifty-four thousand six hundred and seventy-two million one hundred and forty-four thousand four hundred and forty-nine pesos ($54,672,144,449) This amount of 47,905,179,309 pesos is allocated to the payment of judicial personnel, representing 87.6% of the total expenditure on salaries for 4,732 positions Could it be that the Court alone has an average annual expenditure of $10,123,664 pesos for each person under its jurisdiction (from magistrates, civil servants to employees) or, in other words, that to maintain the CSJN, the sum of ten billion pesos per year should we allocate in the expenses of the employees, on a pro rata basis, for each of the five members who compose it, the sum of ten billion pesos per year?

The CSJN urges the other branches of government to consult it on any reforms so that, if it agrees, it can guarantee that it will implement them, but at the same time it demands that they be granted, without consulting the other branches, the amounts mentioned and demonstrates no guideline for spending austerity, which is necessary in the economic crisis we are going through. Meanwhile, according to the budget presented by the Executive Power, the amount requested by the Court for the payment of the salaries of its staff is equal to the amount of fifty billion pesos, which is taken from the Plan Conectar Igualdad of the Ministry of Education.

The judiciary loses the necessary constitutional and moral authority when it assumes itself as a superpower, above other democratic powers and above the needs of the country as a whole.

Constitutional lawyer from Cordoba and journalist and opinion columnist.