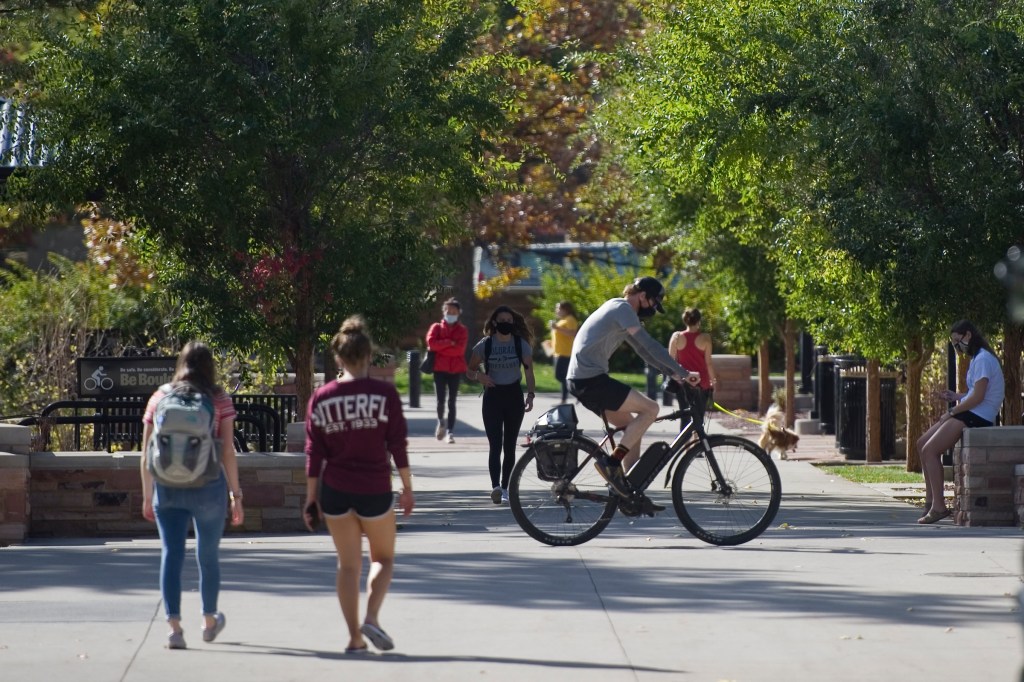 The University of Colorado at Boulder is investing in on-campus rehabilitation projects in a bid to reduce its $1.17 billion in deferred maintenance — 91% of the four-campus system’s total backlog — as part of the university strategic plan.

“Campus commits $10 million to smaller projects to fix air conditioning systems, roofs – things like that – across campus, affecting many facilities, many smaller projects – trying to focus on this issue” said Brian Lindoerfer, Assistant Vice Chancellor for Facilities and Services Operations.

The University of Colorado board of trustees listened Thursday to employee-led presentations on the final step in the university’s strategic plan: financial strength.

Pat O’Rourke, chief operating officer of CU Boulder, said revenue generated by the campus from all funds excluding in-state undergraduate tuition and fees and the state funding, have plummeted during the pandemic. In order to get back on track, the campus focused on student retention through its Buff Undergraduate Success Leadership Implementation Team program and partnered with the Verto Education study abroad program.

“What we’re seeing for the first time is that we’re going to be over 90% retention,” he said. “This is a huge achievement that has happened on campus thanks to the hard work of many people over the past year.”

The campus has a lot of work to do to meet its building maintenance goals, also known as the Facility Condition Index, which measures the cost of correcting a building’s defects against the current replacement value of the building, O’Rourke said.

CU Boulder’s goal is to have an FCI of 85%. It is currently at 56%. In order to achieve its goal, the campus would need to invest $698 million, O’Rourke said.

“I checked the couch cushions and (the funding is) not there,” he said.

O’Rourke said the campus was working on targeting facilities such as Hellems Arts and Sciences that needed work the most.

“Doing this (Hellems Arts and Sciences) project will actually reduce our deferred maintenance backlog by over $36 million,” he said.

During the presentation, CU Regent Ken Montera asked what the additional energy costs are on campuses with older buildings like Boulder.

“I think we would be shocked at what we spend on energy,” he said.

Chris Ewing, acting vice chancellor for infrastructure and sustainability, said energy costs were rising over time as buildings continued to deteriorate. He estimated that energy costs increase by about 2-5% as buildings age.

The campus also plans to borrow money next year to meet some of its deferred maintenance needs, O’Rourke said.

“We’re going to be pretty cautious in the market right now in terms of debt issuance just because of the volatility that the performance of that income stream is experiencing,” he said.

The board will reconvene Friday to vote on the 2022-23 fiscal year operating budget now that the Legislature has formally approved an 11.4% increase in funding for higher education insights in Colorado.

In February, the board eliminated the capital construction fee associated with the payment of a bond. As a result, this will reduce the overall tuition and fee bill that CU Boulder students will pay this fall by $200. But ongoing resident and non-resident students are the only ones who won’t see their rates go up this fall, but rather go down due to CU Boulder’s tuition guarantee, which requires incoming students to pay the same – or less – for four years.

CU Boulder graduate students and incoming nonresident students will still see a 3% increase in tuition and fees this fall, which will help cushion the university’s operating expense budget. This increase was approved by the Board of Directors in April.

Is ‘Marcel the Shells With Shoes On’ streaming on HBO Max or Netflix?