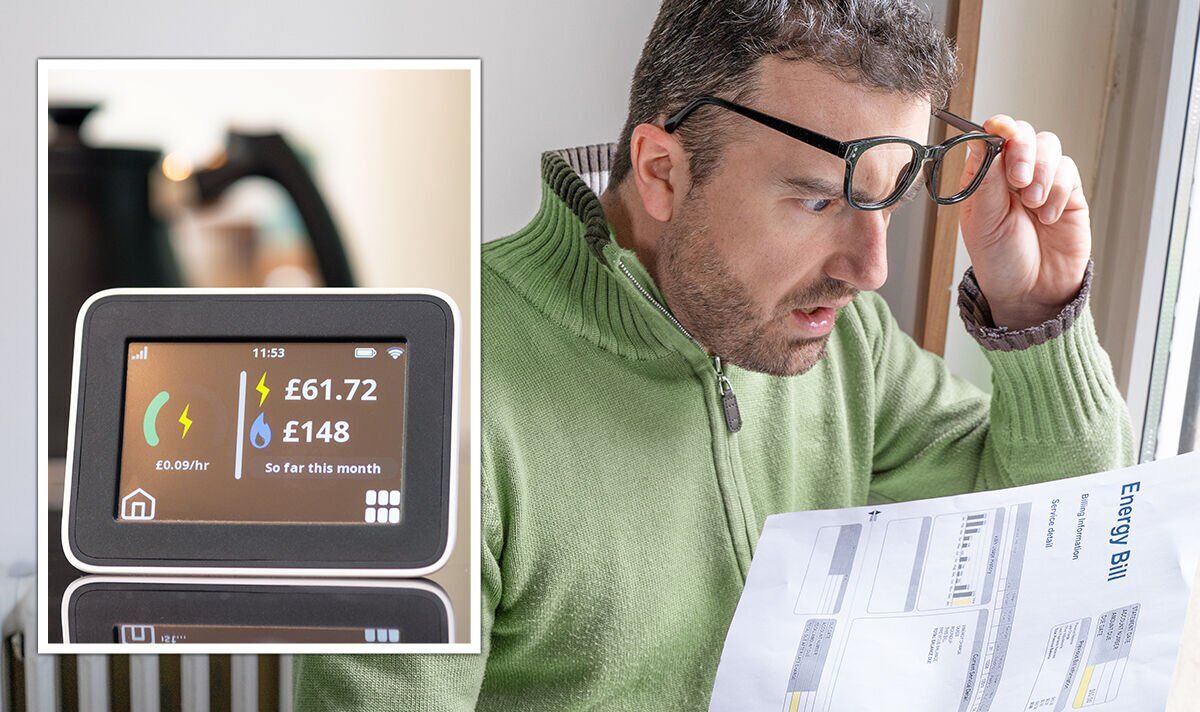 Thousands of people have taken to social media to share their concerns after waking up over the weekend to see their home smart meter showing staggering bills. Grant, a father-of-two, woke up on Sunday morning to see a bill for £38,517.03 displayed on his device, which “shocked him deeply”. He said: “Honestly I really thought I was dreaming for a few minutes and I shook it because I thought it didn’t look good but it didn’t move and then I almost started to panic.”

“I yelled at my wife who was upstairs but I started turning off all the lights running towards her. I must have been in shock or something and my immediate reaction was: ‘ I have to turn off those lights!’ »

After restarting his smart meter several times, he still could only see the “skyrocketing” bill. He decided to contact his energy supplier SSE on Twitter, which was acquired by OVO Energy in 2020, to try to find an answer.

His tweet read: “@SSE seriously SSE what’s going on with my smart meter. I normally spend around £5 a day on electricity. I restarted the smart meter but it still reads the same.

Others responded to Grant’s tweet, telling him of similar experiences.

Twitter user @rampantgamer tweeted Grant, declaring “you’re not alone” with an image of their display device showing a figure of £39,496.

Another user, @biggeezauk, also shared an image of his device which showed a £4,250.94 bill for using it the day before.

Grant explained how he was relieved after finding out he wasn’t the only person experiencing the glitch.

Through its app, Scottish Power said: ‘We are sorry, we are currently experiencing technical difficulties which are affecting the way we display energy usage information to your account, so we have temporarily disabled it.

Grant explained that the “fear” that has built around the cost of energy bills over the past few months has made the issue “really believable”.

He said: “With all the news and all the warnings we’ve had this year, of course I believed it, at that point I didn’t really have the confidence to say it was wrong because I just didn’t know.”

Grant had decided to get a smart meter last year so he could monitor his usage and so far has never had a problem with it.

He said: “Things are going really well, I’ve always been a bit rigid when it comes to spending money and really wanted to make sure we weren’t going to go rogue and waste money here and there, especially on things we didn’t need to spend.

“Yeah, I’m the dad ‘It’s like the Blackpool illuminations here’ when I walk into a room with too many lights on, that’s for sure. I always tell my kids to turn off the bathroom light when they’re gone and my condition has definitely gotten worse over the past few months.

Over the past few months, he said the smart meter had been “beneficial” as he felt it had really helped him keep tabs on his bills and try to cut them where he could.

Grant’s smart meter returned to normal the next day and he “breathed a sigh of relief”, but he is still worried about the winter months. He believes, “fortunately”, that he will be able to manage.

Do you have a money story to share with Express.co.uk? Contact us by emailing [email protected] Unfortunately, we cannot respond to all emails.