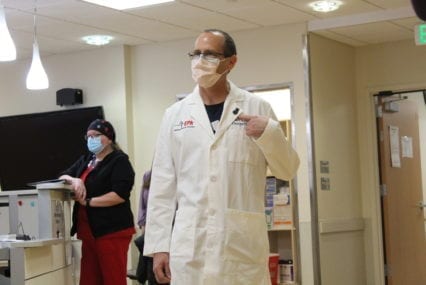 Elwell: Guaranteed health care is within our reach

The COVID pandemic has exposed the weaknesses, inequalities and complexities of our patchwork health care system. Our country’s for-profit private insurance model has generated billions in windfall profits for insurance companies while patients and small healthcare providers suffer.

Twenty-eight million people were uninsured in the United States in 2020. Another 31 million were underinsured and if they suffer from a serious illness they could end up bankrupt. Point-of-care charges such as co-payments and deductibles discourage many from accessing the care they need. In addition, the existence of thousands of insurance providers and public and private regulators has resulted in extraordinarily complex access to health care and prevents many of them from using the coverage they may have or to which they. have the right.

The California Legislature has a historic opportunity to right these wrongs in California by passing CalCare AB 1400, the Guaranteed Health Care for All Act, co-authored by our own South Bay Assembly members Ash Kalra and Alex Lee, with Miguel Santiago from Los Angeles.

The ever-increasing cost of health care and its discriminatory characteristics contribute to the growing national abyss of inequality in health and wealth. The COVID pandemic has exacerbated and exposed inequalities based on race, ethnicity, socioeconomic status and more. Nationally, 55% of uninsured people are people of color.

Medi-Cal itself, while being an important lifeline for low-income people, leaves a lot to be desired. Among other issues, many healthcare providers will not accept Medi-Cal due to low reimbursement rates, resulting in long waits and delayed care. Community clinics and health care systems that primarily serve Medi-Cal patients are perpetually on the brink of financial disaster. The current health insurance system does not cover dental, hearing, prescription eyeglasses or long-term care.

Insurance premiums are so expensive that people who do not qualify for Medi-Cal but still have low incomes, especially young people, would rather pay the state fine for not having insurance instead. than dealing with premiums, deductibles and co-payments for the California Covered. More and more people are turning to crowdfunding to pay their medical bills.

Savings for individuals, government and employers

Almost everyone would pay less for comprehensive care with AB 1400, a single-payer system, as it would eliminate all premiums, deductibles, and co-payments.

The ever-increasing costs of employee health care add challenges to our already limited San Jose City budget, costing more than $ 102,000,000 per year, in addition to the cost of programs to meet the human cost to them. San Jose residents in poor health, increased poverty and bankruptcy. Our small businesses, which make our communities thrive but suffered so much during the pandemic, are struggling to provide health care to their employees. AB 1400 would reduce health care costs for most employers.

Numerous studies, both conservative and progressive, have estimated that the United States would save $ 2,000 to $ 5,000 billion over 10 years, of what our country would have to spend under the current system, due to massive administrative cost savings, reduced prescription drug prices and improved efficiency through a uniform payment system – without the waste of billing, marketing and profit taking companies. private insurance.

The future is in our hands

The AB 1400 will be reintroduced at the California Assembly in January 2022 and has only one month to pass the Assembly. The passage of this legislation cannot be taken for granted, due to the widespread disinformation being disseminated by private health insurance companies, big pharmaceutical companies and others who profit from the status quo, as well as politicians who receive bad news. money from them. It is important to vaccinate the public against their gross deception by spreading the truth about the single payer.

It is very important to contact South Bay lawmakers who have not spoken in favor of AB 1400 and urge them to pledge to vote for it – especially Marc Berman of District 24 and Evan Low of District 28 .

San Jose City Council will adopt a note of support for AB 1400 presented by council member Magdalena Carrasco. Following a hearing at the San Jose Rules and Open Government Committee on October 13, it will be put to a vote in city council on October 26. This support from California’s third largest city would be a milestone, joining Los Angeles, San Francisco, Oakland and more.

Readers are encouraged to contact their San Jose board member to get them to vote for him.

You can write letters to the editor outlining the rationality and benefits of the AB 1400. You can also join the movement by contacting the Santa Clara County Coalition for Single Payer Health Care at [emailÂ protected] or on Facebook at https://www.facebook.com/SCCSinglePayer/.

Peggy Elwell is a member of the Santa Clara County Coalition for Single Payer Health Care.

Commercial flights will resume on November 1 at Cheyenne Airport