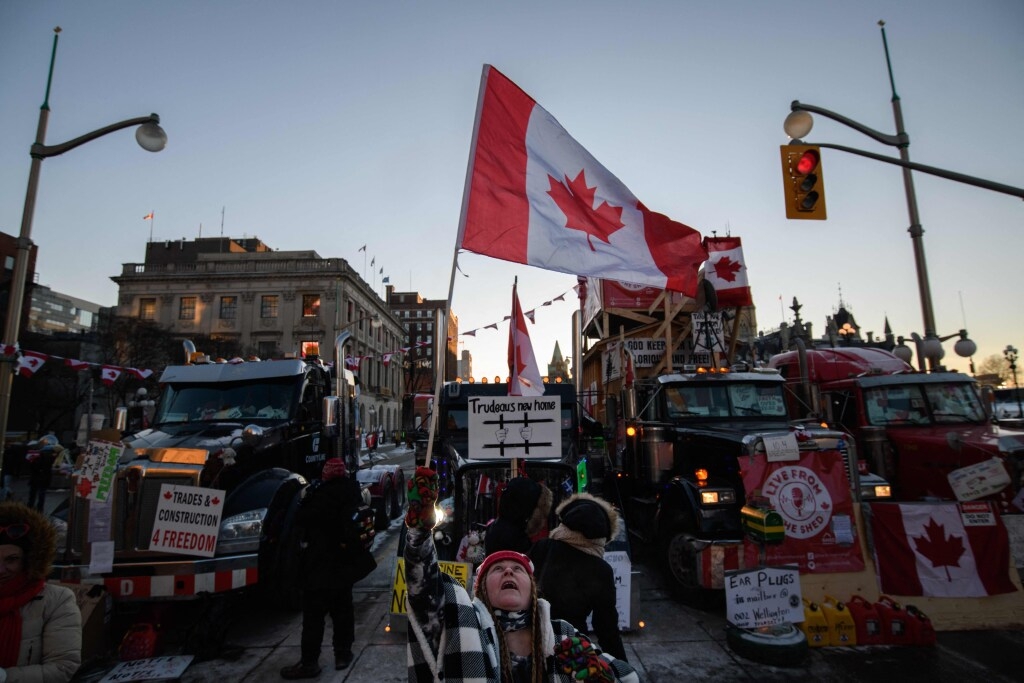 February 19 Letters: When Will We Get Peace, Order and Good Government?

(Downtown Ottawa residents would love to hear that answer.)

While I agree with JD’s general sentiment, in Round’s “Be Careful” letter (February 16), I must point out that he is mistaken in stating that there were no weapons of mass destruction in Iraq before the US invasion in 2003. In fact, one of my hazmat instructors served in Iraq during that time, and he flatly stated that there were barrels full of warfare agents chemicals labeled “Made in USA” readily available for use by Saddam Hussein. History buffs will also remember that Saddam Hussein was considered an ally of the United States before the Gulf War because he fought an eight-year war against America’s arch-enemy, Iran. However, as history also demonstrates, America has not handled its foreign affairs very well over the past six decades.

(Ah, sarcasm. We see what you did there.)

Trudeau is the craziest prime minister in history. How can he justify passing the Trucking Convoy Emergency Measures Act? These people are upset about losing their jobs because of his vaccine tenure. They were considered essential before. Tell me how many groups that try to overthrow a government take their families with them? In his mind, he decides what is a threat to democracy. Almost all experts say there is no evidence to enact the Emergencies Act. That’s what you get when you elect a Liberal government.

(The people in the Ottawa blockade are upset about a lot of things, many of them imaginary. But you’re right – Trudeau was delusional thinking they would walk away if he ignored them.)

I can’t believe the opposition would argue so adamantly against the Emergencies Act, especially when it demanded that the Prime Minister “act and do something” to stop the “occupation” in Ottawa. Is this just a delaying tactic? While I don’t agree with the convoy and the actions of the protesters, I think the mandate for truckers crossing borders should be removed, especially at this time. Throughout the COVID-19 shutdowns, they were considered essential workers and allowed to cross borders when everything was closed. Now is not the time to deny them entry and quarantine.

(Even if Canada decides to remove the mandate, it cannot do so unilaterally, so it won’t happen overnight.)

Is it time to stop using my tax money for massive fences and police operations and instead lift the warrant?

Do you have an opinion on today’s news? Click here to send a letter to the editor

Have your say in the Sun’s daily online poll

Sign up to receive daily news from the Edmonton SUN, a division of Postmedia Network Inc.

Thank you for your registration!

A welcome email is on its way. If you don’t see it, please check your spam folder.

The next issue of Edmonton Sun Headline News will soon be in your inbox.

We encountered a problem during your registration. Try Again

The Fiji Times » Guarantee to ensure facilitation of government policies