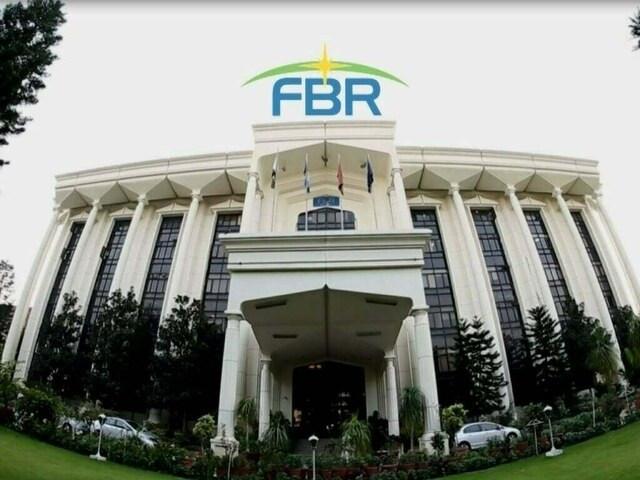 Infrastructure projects: FBR will be asked to encourage retail and institutional investors

ISLAMABAD: The Chairman of the Securities and Exchange Commission of Pakistan (SECP), Aamir Khan, said on Saturday that the SECP will propose to the Federal Board of Revenue (FBR) to introduce tax concessions necessary to induce direct investment in development projects. infrastructure by retail and institutional investors.

The SECP Chairman was delivering a keynote speech at a capacity building session for “Infrastructure Financing through Capital Markets”, organized by Infrazamin Pakistan to raise awareness and understanding among

He said that using capital markets is the only viable option to meet the country’s infrastructure financing needs.

Aamir Khan further said that the government has initiated the transformation of the Pakistan Credit Guarantee Company into a Non-Banking Finance Company (NBFC) structure. “The SECP has already authorized the creation of the new entity, the National Credit Guarantee Company Limited. In addition, the necessary changes have also been incorporated into the NBFC regulations, allowing credit guarantee companies to take on increased exposure to contingent liabilities up to 10 times their equity. The NCGC should promote the credit enhancement mechanism in an effective and timely manner, while supporting the development of the local bond market, he said.

In the developing world, one of the main concerns remains the limited spending capacity of governments to close the infrastructure financing gap. It is for this reason that attracting private investment is essential to ensure the sustainable management of infrastructure, said SECP Chairman Aamir Khan.

Aamir gave examples where sovereign and non-sovereign bonds have been issued to fund infrastructure projects, such as the Manila Metro Flood Management Project in the Philippines, the Mumbai Urban Transport Project in India or the expansion of the Izmir metro in Turkey. All these projects have directly impacted and improved the lives of the masses, and also contributed to the development of their respective bond markets, he added.

In Pakistan, public and private infrastructure development has made some progress over the past decade. Consequently, significant investments have taken place in the road networks, urban transport and telecommunications sectors. These advancements have not only improved mobility and connectivity for the general public, but have also helped those at the bottom of the pyramid improve their livelihoods. Furthermore, he explained to the participants, it has also brought financial inclusion to the underserved and unserved and created employment opportunities for the female population. And all of this was achieved by investing a very small percentage of GDP.

We should all be concerned that Pakistan’s infrastructure spending is among the lowest in the region and well below investment needs of 8-10% of GDP considering past and future demands. And the problem is getting worse every year, as infrastructure projects are financed either directly by the government or by commercial banks against government guarantees. Given the limited funding from these sources, the investment gap will continue to grow. Therefore, all stakeholders need to sit down together and map the barriers we face in adopting financing alternatives through capital markets.

The SECP Chairman expressed his firm belief that Pakistan’s capital markets offer an untapped opportunity and offer the most viable solution to bridge the gap in infrastructure financing needs that I have discussed. It will also help address the country’s very low savings rate, a long-standing impediment to economic expansion. Pakistan Energy Sukuk’s PKR 200 billion transactions in 2020 testify to the potential of capital markets. This greatly reduced the government’s cost of borrowing and allowed non-bank investors to participate directly.

Over the past two and a half years, the SECP has introduced various enabling provisions into the regulatory space. He mentioned that the SECP has simplified the process of issuing government debt securities and government-guaranteed debt securities; the market making framework has been revamped to manage liquidity and as a result 16 financial institutions are registered with PSX as market makers; The issuance of secured and unsecured debt securities, including GDS, through the execution of issuance agreements has been introduced.

The infrastructure fund, as a separate class of a private fund, has been permitted to invest up to 70% of its net assets in the infrastructure sector. In addition, the SECP has published guidelines on green bonds, in order to enable the raising of funds to finance infrastructure projects that contribute positively to the environment.

He further explained that infrastructure mutual funds, in an open-end structure, are now mandated to invest 70% of their net assets in the infrastructure space; and PPP-REIT schemes under the revamped REIT regulations can now undertake the development, upgrading and maintenance of infrastructure projects.

In addition, Aamir said, recent amendments to the Companies (Asset-Backed Securitization) Rules 1999 have simplified management and transfer of ownership issues. Historically, this was the main obstacle to using SPVs for infrastructure financing. In addition, the adoption of the ABS rules has been authorized for federal and provincial governments, to facilitate the issuance of structured debt securities and to raise funds in the capital market.

And finally, the government initiated the transformation of the Pakistan Credit Guarantee Company, into an NBFC structure. The SECP has already authorized the creation of the new entity, the National Credit Guarantee Company Limited. In addition, the necessary changes have also been incorporated into the NBFC regulations, allowing credit guarantee companies to take on increased exposure to contingent liabilities up to 10 times their equity. The NCGC should promote the credit enhancement mechanism in an effective and timely manner, while supporting the development of the local bond market.

After covering the current situation, the challenges and the measures introduced to address them so far, the SEC Chairman highlighted areas where further action is needed.

First, he said, it is imperative that infra-financing instruments are structured to attract investors. One such attraction is the provision of credit guarantees, in line with global debt issuances, while meeting the needs and preferences of local investors.

Second, improvements in the risk management structure in the project design phase are vital. Given the long-term duration and complexities involved, particularly in the case of a PPP structure, a forward-looking approach should be implemented, which clearly takes into account life-cycle focused risk assessment. . Third, amendments can be introduced in the PPP law, to further improve the governance and risk management framework. Fourth, the operationalization of a Viability Gap Fund is essential to attract and incentivize the private sector to participate in the development of social infrastructure, he concluded.

Furthermore, the importance of the agricultural sector in terms of job creation, saving valuable foreign exchange and ensuring food security should not be overlooked. When considering infrastructure needs, efforts should be focused on diverting infrastructure funding to this sector. Pakistan is a country vulnerable to climate change. Therefore, we must be aware of environmental sensitivities while attracting private capital, with an eye on sustainability.

He highlighted an effort to work for a technical list of private infrastructure investment pools such as the Neelam Jhelum and Dasu Hydroelectric projects. Along the same lines, the GoP should consider using capital markets for all future government-guaranteed infrastructure projects.