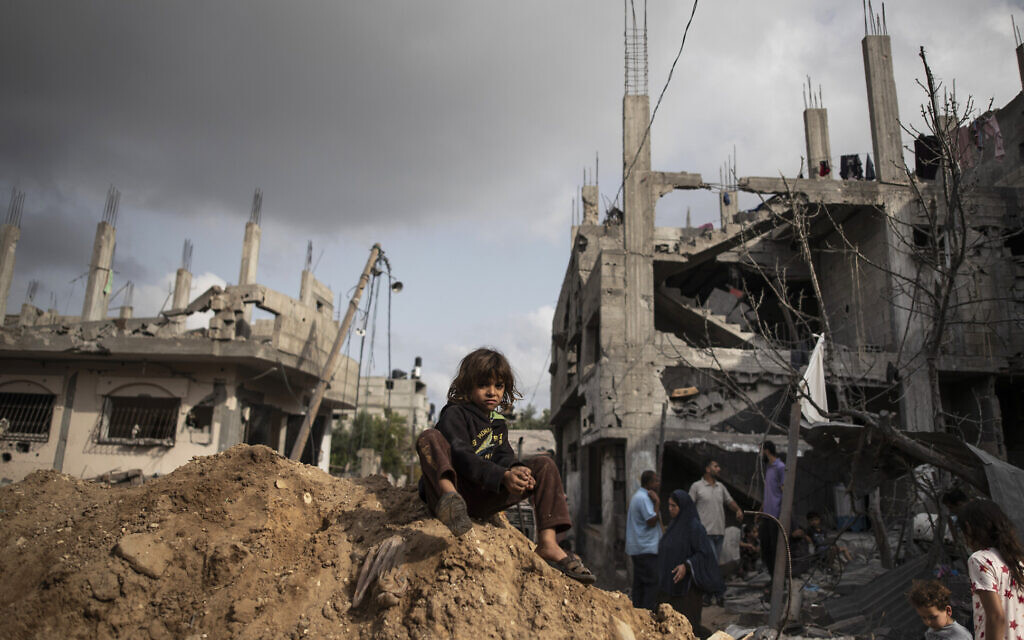 Israel formally announced on Thursday that it would not cooperate with a special commission formed by the United Nations’ top human rights body to investigate alleged abuses against Palestinians, saying the inquiry and its chair were unfairly biased against Israel.

The decision – delivered in a scathing letter to the head of the commission, Navi Pillay – further strained what is already a strained relationship between Israel and the UN-backed Human Rights Council in Geneva.

“It is obvious to my country, as it should be to any impartial observer, that there is simply no reason to believe that Israel will receive reasonable, fair and non-discriminatory treatment from the Council or of this commission of inquiry,” wrote Meirav Eilon Shahar, Permanent Representative of Israel to the United Nations and international organizations in Geneva, in a letter to Pillay.

She accused the investigation “both of reflecting and aggravating the moral bankruptcy of the Human Rights Council’s obsessive bias against Israel, causing lasting harm to the very values ​​of human rights and respect.” of the rule of law which he was supposed to defend”.

The council established the three-person commission of inquiry last May, days after an 11-day war between Israel and Hamas in the Gaza Strip. More than 260 Palestinians, including dozens of women and children, have been killed in the fighting. Fourteen people were killed in Israel, including by indiscriminate rocket fire from the Gaza Strip.

At the time, the United Nations High Commissioner for Human Rights, Michelle Bachelet, said Israeli actions, including airstrikes in civilian areas, could have constituted war crimes.

The Israeli envoy said the three members of the commission, including Pillay, a former United Nations high commissioner for human rights, “have repeatedly taken public and hostile positions against Israel on the very subject on which they are called upon to investigate “independently and impartially”.

Israel is the only country in the world whose rights record is discussed at every council session. Israel has also raised concerns about the composition of the council, saying it includes countries with poor rights records or open hostility towards Israel. China, Cuba, Eritrea, Pakistan, Venezuela and a number of Arab countries sit on the 47-member council.

While the council had previously ordered eight investigations into rights abuses in the Palestinian territories, the probe opened in May was the first investigation opened and the first to examine the “root causes” of the drawn-out conflict.

“We expect these bodies to act in good faith, without bias and not in the service of a predetermined political agenda,” the letter read. “Unfortunately, none of that can be expected from this COI.”

Palestinian volunteers sweep dust in front of a building destroyed in the latest round of fighting, in Gaza’s Rimal neighborhood on May 25, 2021. (Mohammed Abed/AFP)

Eilon Shahar wrote that Pillay herself is “well known for personally championing an anti-Israel agenda and for numerous anti-Israel statements, including the shameful libel comparing Israel to 1960s South Africa. apartheid, as well as for defending the radical BDS (Boycott, Divestment and Sanctions Campaign) against Israel.

She also alleged that the commission members were appointed because of their history of accusations against Israel, “to ensure a politically motivated outcome that is tailored in advance.”

“It’s no wonder that Israel, and anyone who really cares about human rights and the rule of law, treats the creation of the IOC, its operation and its findings accordingly,” he said. she writes.

Rockets are launched from the Gaza Strip towards Israel, May 10, 2021. (AP Photo/Khalil Hamra)

The ambassador’s letter guarantees that the commission will not obtain such access or cooperation from the Israeli government.

On Monday, UN Watch, a Geneva-based rights group that monitors UN activities, demanded that Pillay resign because she had shown “demonstrable bias against Israel, including on issues specifically related to to the matter and controversy which is the subject of this investigation”.

“Many of the statements in question occurred just weeks before his appointment by the UN [last] summer, leaving little room to imagine how Pillay might view the issues differently so soon after,” UN Watch chief Hillel Neuer said in a statement.

UN Watch gave as an example quotes from a June 14, 2021 joint letter to US President Joe Biden in which Pillay deplored “the domination and oppression of the Palestinian people” by Israel and called on the US to address the root of violence by ending “ever-expanding systemic discrimination and oppression.

Then, at a conference in May 2021, she described Israel’s treatment of Palestinians as “inhuman” and compared Israel to apartheid-era South Africa.

And while serving as UN High Commissioner for Human Rights, she said the Israeli government treats international law “with perpetual contempt”.

Agencies contributed to this report.

Growing tension between the United States and Russia…