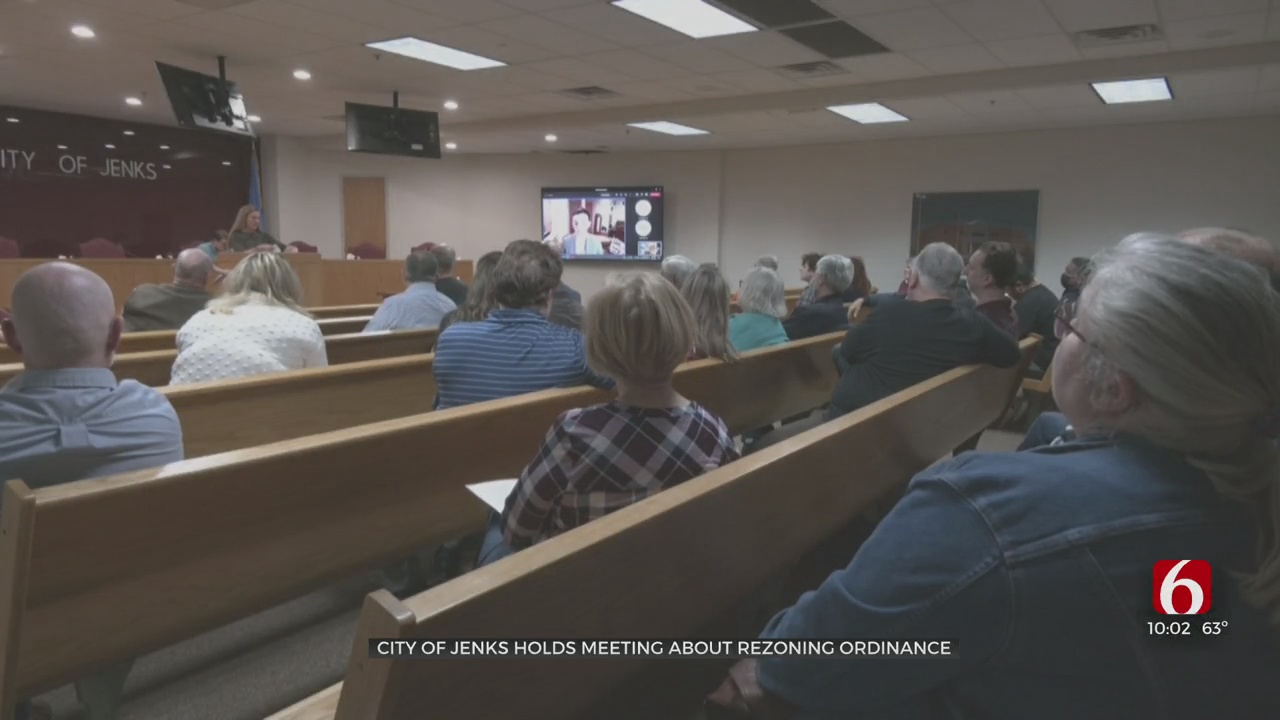 The town of Jenks held its final meeting on a rezoning ordinance. Residents of Jenks have raised concerns about lack of communication, parking and traffic congestion, and how new requirements could devalue the property.

“Don’t tell me Jenks couldn’t send me a letter. I was not informed of any of this,” Dawn Keenan said.

“They should voluntarily let landlords decide if they want to rezone or let developers come in, buy their property and then apply for the rezoning,” Sam Roop said.

“I own vacant land near my office, and that essentially renders that land unusable. The city has come in and is going to tell us what we can put on this land, how we can build it, what kind of rent we can get from it,” David Puckett said.

The city said the unified development ordinance is an expansion of Jenks’ comprehensive plan first approved by city council in 2019.

The planning director said there were three proposed districts focused on improving, changing and preserving Jenks.

The first neighborhood proposed is downtown along Main Street. Executives said the rezoning is more of a form-based code with the aim of adding retail on the ground floor of buildings and office and residential space above.

The city said the changes along Main Street were intended to make five city blocks look like classic downtown Jenks.

Expansions along Main Street would require the addition of a second floor. Existing businesses can continue as is and would follow the non-compliant code.

City officials said the new code does not limit property uses, but rather lists an overarching general rubric.

They said the overlay district, south side of the Aquarium in Beaver and north side of A to B Street is not a proposed rezoning, but would give residents more options for what to do with their space.

Meanwhile, the city said the Riverfront District is designed for entertainment and tourism. It would place the parking lot farther from the river to provide greater accessibility on foot.

Planning director Marcae Hilton said he sent numerous notifications to residents, both online and by mail. Hilton said it told residents the finalized draft would be available on the city’s website early next week.

” It’s the starting point. Ordinances are the law, but we have other tools in our ordinances that allow us flexibility. And if you have a project, bring it to town. We will have a pre-development meeting; we’ll sit down and discuss your idea and I guarantee I have a method to get you to the finish line,” said Marcae Hilton, planning director for the town of Jenks.

Vinco Ventures completes the acquisition of AdRizer, a