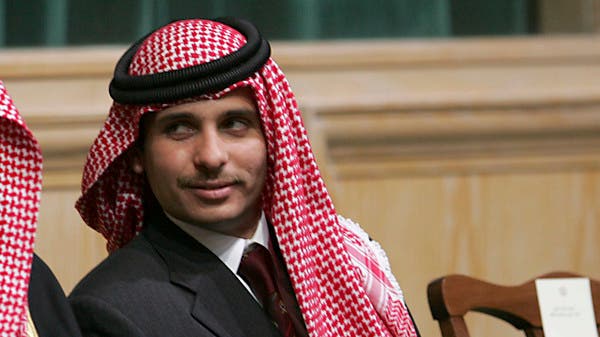 King Abdullah of Jordan issued a decree on Thursday restricting the movement, residence and communications of his half-brother Prince Hamzah.

The king issued the royal decree after approving a recommendation submitted to him on December 23 by a council formed under the Royal Family Act, state news agency Petra reported.

The King explained his decision, saying that when Prince Hamzah’s “sedition” actions came to light, he decided to handle the matter within the family in hopes that Prince Hamzah would “come to his senses”.

For all the latest headlines, follow our Google News channel online or through the app.

“However, after a year and a half, he [failed] do it… and I [unfortunately] realized that he would not change his ways,” King Abdullah said in a letter. “I realized that he [suffers from] a delusion where he sees himself as the guardian of our Hashemite heritage and where he believes that [he is the victim] of a systematic campaign [launched against him] by our institutions.

The king also noted that Prince Hamzah’s words and actions “reflected his denial of the reality in which he lives” and showed he refused to take responsibility for his actions.

Prince Hamzah apologized in March in a letter to the king for the attempt, saying he bears responsibility for any mistakes made against the king and the country and the consequences of his actions which amount to “sedition”.

“My brother, Hamzah, continues to ignore all facts and conclusive evidence,” the king also said, adding that Prince Hamzah had manipulated facts “to support his false account” of events.

“Unfortunately my brother really believes his claims,” ​​he added.

King Abdullah also described Prince Hamzah’s actions as “irresponsible” actions that aim to stir up unrest, noting that even though Prince Hamzah had pledged to desist from these actions, he quickly “got back on track.” which he adopted years ago”.

“He puts his interests above the interests of the country… and plays the role of the victim.

The king revealed that he had been patient and tolerant for years in the hope that one day Prince Hamzah would “mature” and contribute to serving the Jordanian people and protecting the country and its interests.

Prince Hamzah continued to suspect everyone around him while justifying his inability to serve the country by saying he was “targeted”, King Abdullah said.

The king also revealed that he had received complaints from army commanders and soldiers claiming that Prince Hamzah treated them arrogantly and was trying to “raise doubts about the professionalism of the armed forces”.

Acknowledging that he is well aware of the country’s challenges, King Abdullah said he welcomes constructive criticism. But, “these challenges cannot be solved by actions that attempt to exploit economic circumstances to sow despair.”

Commenting on Prince Hamzah’s absence from the funeral of their uncle Prince Mohammed bin Talal in April, King Abdullah said Prince Hamzah had refused to attend the funeral to “reinforce the idea that he was the victim”.

The King also said that Prince Hamzah had ignored advice from members of the royal family to mend his ways, adding that a private letter Prince Hamzah had sent to him on January 15 “misrepresented the facts…and ignored everything which does not agree with his version of events”. .”

“He ignored what was revealed about his suspicious relationships and communications with Bassem Awadallah as well as with Hassan bin Zaid who requested the assistance of foreign embassies to inquire about the possibility of supporting him in case of change of governance,” the king said, adding that Prince Hamzah was well aware of bin Zaid’s actions.

Awadallah, who was once a top adviser to the king, and bin Zaid, a member of the royal family, were convicted of sedition and incitement in July 2021 and sentenced to 15 years in prison.

After Prince Hamzah sent him the letter in January, the king also explained that he replied to the letter and then met with him to present “a roadmap for restoring trust”.

“I was optimistic when he decided to acknowledge what he had done, and he sent me a letter [in March] apologize to the nation and to me.

However, it was only a few weeks before Prince Hamzah “proved his bad intentions, because he started playing the role of the victim again”, the king said, adding that Prince Hamzah had not left his residence for an entire month and had issued a statement renouncing his royal title even though he is well aware that granting and relinquishing titles is within the jurisdiction of the king.

Prince Hamzah also sent a private letter to the king asking him to allow him to retain the “financial and logistical privileges” of his title in the next phase.

The king noted that he would not allow anyone – not even his brother – to put his interests above the interests of the country.

“Therefore, I have decided to approve the council’s recommendation,” he said, adding that he had been patient in approving it because he wanted to give Prince Hamzah a chance to review his actions. .

“Given his destructive behavior, I would not be surprised if he utters abusive language. However, we will waste no time in responding to him as I [firmly believe] he will continue to [act upon] his deception [version of events] For the rest of his life.”

“Prince Hamzah will remain in his palace in accordance with the decision of the council and in order to ensure that he will not repeat his irresponsible actions – actions which will be dealt with if he repeats them,” the king added.

US concerned about treatment of former Jordanian official Bassem Awadallah