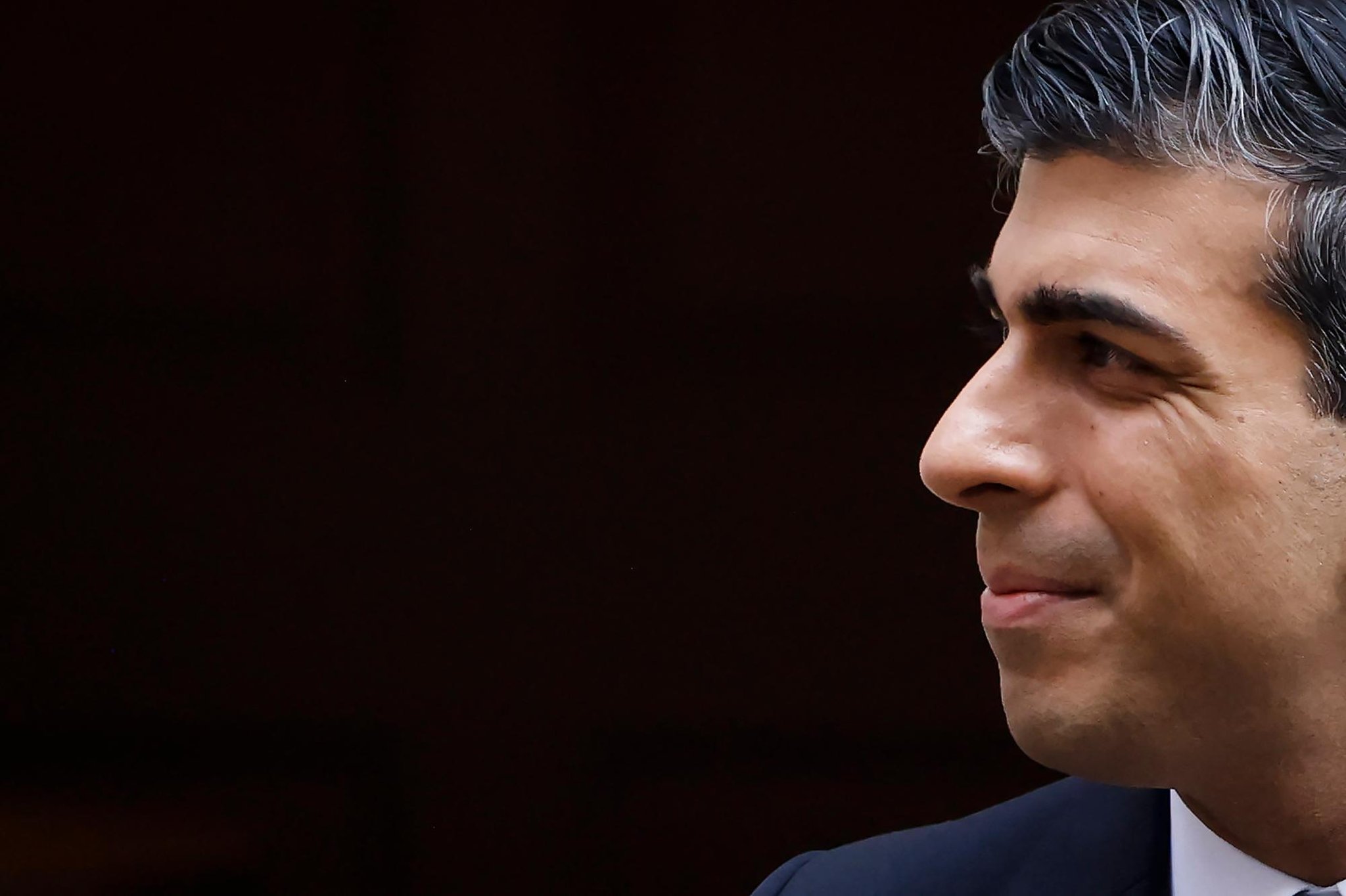 Letters from the readers: Sunak snubbing the poorest after losing billions in the UK

He resigned his post the next day, but that was a time, of course, when honor in politics was more common.

Fast forward to the present where we have a chancellor telling the audience that “we can’t help everyone because it’s too expensive”. A public struggling to cope with ever-rising inflation, rising national insurance contributions, exploding energy costs and benefit cuts for the most vulnerable in society. £16billion (and still counting) that he wrote off due to fraud and errors in Covid loan schemes. We will forget for now the £38 billion wasted by his government on an inadequate test and trace system. to alleviate the extreme hardship that so many now face? And he has the temerity to affirm: “You can only trust the Conservatives with taxpayers’ money.” Conservative government that just seems to laugh about it.Dr Mitchell, Edinburgh

The newsletter mute the noise

The reduction in fuel taxes introduced by the Chancellor is unfair, costly for the public purse and goes completely in the wrong direction. The larger the gas guzzler, the higher the forecourt discount. It is therefore precisely the households that need it the least (and expect it the least), those with the most income, who are likely to benefit the most. Meanwhile, the use of public transport and climate-friendly mobility are relatively discouraged.

A fuel tax cut may provide photo opportunities for the Chancellor, but it is not a serious solution to a serious problem. For private households – many of whom do not have access to a car – a mobility allowance paid through the tax and benefit system would provide more immediate, significant and equitable relief, while stimulating the economy without distortion.

Frances Scott lists SNP “freedoms”; they are all aspirations (Letters, March 28). It is reasonable to link the probability of their delivery to the past performance of SNPs. As a Nova Scotian who came from London via the United States to work at the UK-funded Medical Research Council Institute of Virology in Glasgow, I watched with interest the rise of PNS; The ‘Its Scotland’s Oil’ posters were impactful.

But for me the biggest test it faced was battling the ‘Glasgow Effect’, the miserably short life expectancy suffered by its citizens, the worst in the UK. But although the SNP has had full control of health policy levers for all its years in power, the effect has not lessened, it has worsened. “Freedom to Fail” should be added to Frances Scott’s SNP gift list.

Just over a week after the airing of a BBC documentary about Gruinard Island’s grim history of anthrax testing and the battle to force Her Majesty’s Government to clean it up, the whole island has been mysteriously ravaged by fire, killing hundreds of nesting birds. I’m sure it was just a coincidence, and these soggy uninhabited islands are regularly burning spontaneously just six days into spring after one of the wettest winters on record.

As Kate Forbes told BBC Scotland on Monday morning, the problem with CalMac ferries is in the build, not the procurement process, who meets international standards, or who signed the contract. Section 25 of the Auditor General’s report shows that CMAL has reduced its financial risk to 50% of the total contract value. Ferguson Marine was unable financially to secure the entire contract and the Scottish Government obviously took the risk rather than move the work overseas. It was CMAL that specified the requirement for dual fuel engines.

Under Britain’s Queen Elizabeth aircraft carrier programme, two ships cost taxpayers £6.2bn, some £2.3bn more than the original budget, enough to rebuild the whole CalMac fleet, but I can’t remember the days of media hysteria, endless political point scoring or suggestions that the UK wasn’t capable of governing itself.

I wonder how many of your readers remember Henry McLeish, David McLetchie and Wendy Alexander, all Holyrood party leaders who quit over relatively trivial matters? McLeish, as prime minister, claimed his peccadillo was “a confusion, not a fiddle”, and that may be the case. I don’t recall any of them being accused of misleading Parliament – ​​let alone being involved in such a murky deal as the current one involving ferries. Standards at Holyrood crashed and burned.

When Nicola Sturgeon was found guilty of misleading Parliament about the Salmond Inquiry, she was not required to resign.

Sturgeon shows no signs of resigning following the ferry debacle where she is alleged to have misled Parliament – ​​quite apart from her resignation over the SNP’s global incompetence being laid bare.

My question is, what does a Prime Minister have to do now that it will behoove him to resign?

Last week, Kate Forbes could not say who was responsible for signing the fiasco Ferry contract because it was “before its time”. Today, she’s adamant that it was Derek Mackay, even though it appears he was on vacation at the time.

However, does that imply that she did an investigation, presumably on one or two recordings that may have been created at the time? Surely we taxpayers should have access to this file to show who is telling the truth and who is not? Not all views and opinions can be correct, so someone is hiding something. Jim McColl’s prediction that it could cost £400million is likely to be close to the mark, although it is immediately dismissed by Ms Forbes, who bases her estimate on ‘facts’. Given his lack of knowledge of the facts last week, I suspect Jim McColl is right. So the big question is, who is going to take the blame? The SNP is good at blaming others. Will they do it to themselves, or is Derek Mackay an unfortunate but practical scapegoat?

As I was pedaling yesterday, an ambulance arrived, with its siren on and its blue lights flashing. Everyone moved to the side to let him pass. These actions were immediate and instinctive. Our actions were a courtesy to everyone in the ambulance, and we all hope she will be reimbursed should it ever be our turn to be in that ambulance.

No one asked for the siren and lights to be turned off because they were too alarmist.

No one spoke to the driver to ask him to slow down, stop, reverse or go down several dead ends. Such delays could be deadly.

No one blocked the ambulance saying it was no use as there were less considerate people elsewhere on the way to the hospital.

Nobody wondered if the patient was really sick; no one entered the ambulance to rip off the oxygen mask or create other fresh injuries.

All of these negative actions and behaviors are properly unthinkable.

However, if we consider the patient as the planet, several of your regular contributors advance precisely these arguments.

So I ask all of them to just ask what more you can do to help this particular patient get to the hospital on time.

Through the Barnett Formula, Scotland receives an extra £2,000 per man, woman and child in public spending compared to the UK average. But this supplement doesn’t go to all Scots – it goes to the SNP administration in Scotland, who decide how it should be spent. So, we have all the gifts that the SNP claims to be theirs.

But instead of those largesse being wasted on things like baby boxes, rusting ferries, empty buses and trains, Gaelic signs everywhere, and so much more, wouldn’t it be better if they went in part directly to the Scottish public?

This would act as a check on Holyrood excesses and allow every Scot to decide how the Barnett bonus should be spent.

A check for £1,000 paid to every Scotsman directly from the Bank of England instead of going into the coffers of Holyrood might cause consternation in the SNP hierarchy, but would certainly be greeted with gratitude by the people of Scotland.

Today I received a letter from the Scottish Census compilers dated March 21 stating that they had not received my response. We all know the return was for the night of March 20, so I don’t see how a mailed return could reach them on the 21st.

I wonder how many households received this communication and how much it cost us.

Your thoughts are welcome. Write to [email protected] including name, address and telephone number – we will not print all the details. Keep letters under 300 words, with no attachments, and avoid “Letters to the Editor/Readers” or similar in your subject line. If you refer to an article, include the date, page number and title.