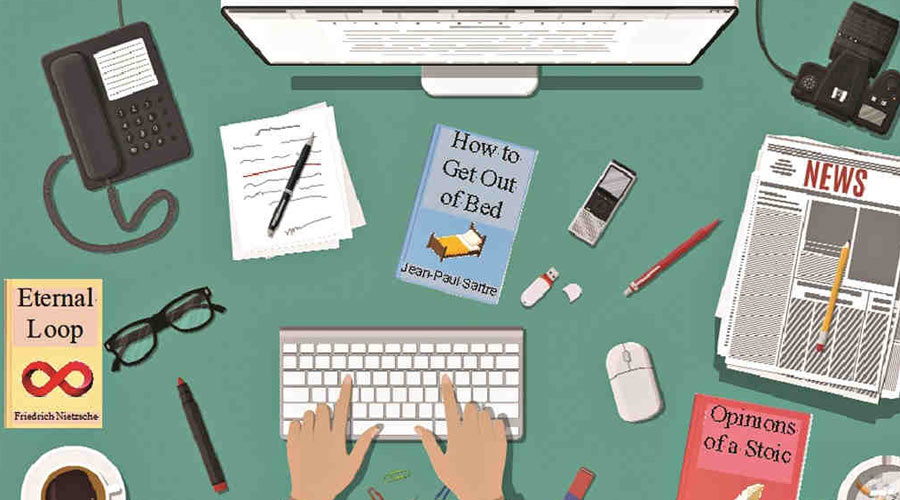 Letters to the Editor: Journalists and Philosophers Have Much in Common

Sir – Union Minister for Women and Child Development Smriti Irani says India has the highest number of women in political office in the world if we include women members of the panchayat . It is common knowledge that in most of these cases, women are only the figureheads and that decision-making rests with the male members of their families. But the most important question is this: since women are not a homogeneous group – caste, religion, geography divide them – what is the guarantee that the women who are elected will represent the interests of all their peers?

Sir – Strange as it may seem at first glance, philosophers and journalists have a lot in common (â€œThe Philosopher’s Stone,â€ September 29). Both analyze the facts, seek the truth, question whether objectivity is possible, and tend to become passionately involved in the politics of ethics. Yet there is a chasm between the two worlds that neither side is prepared to cross.

If this gap is closed, both professions can benefit. Some of the pathways were described by Uddalak Mukherjee in his article. In addition to this, philosophers can draw philosophical implications from stories in the news as well as enhance the advocacy work journalists undertake – especially editorial boards – in the public interest. Without journalists, philosophers would have nothing to analyze. It is the news and events from around the world that journalists closely seek out that enable philosophical thought to advance.

Sir – As the whole nation celebrated Gandhi Jayanti yesterday, Madurai was ahead of the rest of India when she held the centenary celebrations of MK Gandhi’s “sartorial revolution” which took place there on September 22, 1921. Here Gandhi ditched his Western attire and chose to wear a shawl and half-dhoti, which remained his chosen garment until his death.

Gandhi’s iconic makeover continued to make him the symbol of the common man and a testament to his spiritual strength. It is with great pride that Gandhi has chosen the path of truth and simplicity to lead the nation to freedom.

Sir – During his trip to Madurai to urge people to civil disobedience, Mahatma Gandhi realized that the poor in his country were too poor to afford even the khadi. This led him to shed his traditional Gujarati costume and don the legendary loincloth that later became synonymous with him.

One hundred years later, at a time when the number of poor people reached a staggering 134 million in India, the Prime Minister of the country shed his image of a distracted ascetic with a beard and cropped hair before turning himself travel to the United States of America. The image, really, is everything.

Sir – The bicycle sharing system introduced by the Greater Chennai Corporation has been well received by all. But the program seems to be working at a loss. The main reason behind this is the exorbitant rent. While the charge of Rs 5.50 for the first hour for the next generation and eco-friendly cycling is reasonable, Rs 9.90 for the next half hour is too high for ordinary people who take advantage of this service. The costs for the electric cycle are even more expensive where after Rs 10 for the first 10 minutes, you have to pay Re 1 per minute. Unless the tariffs were made affordable, the program would continue to suffer a loss.

Sir – It is encouraging that the Kolkata Institute of Neuroscience has opened a monthly cognitive reorientation clinic for patients with dementia. Mental health needs more attention in India.

AlmavivA, Aruba table proposal for the cloud hub in Italy