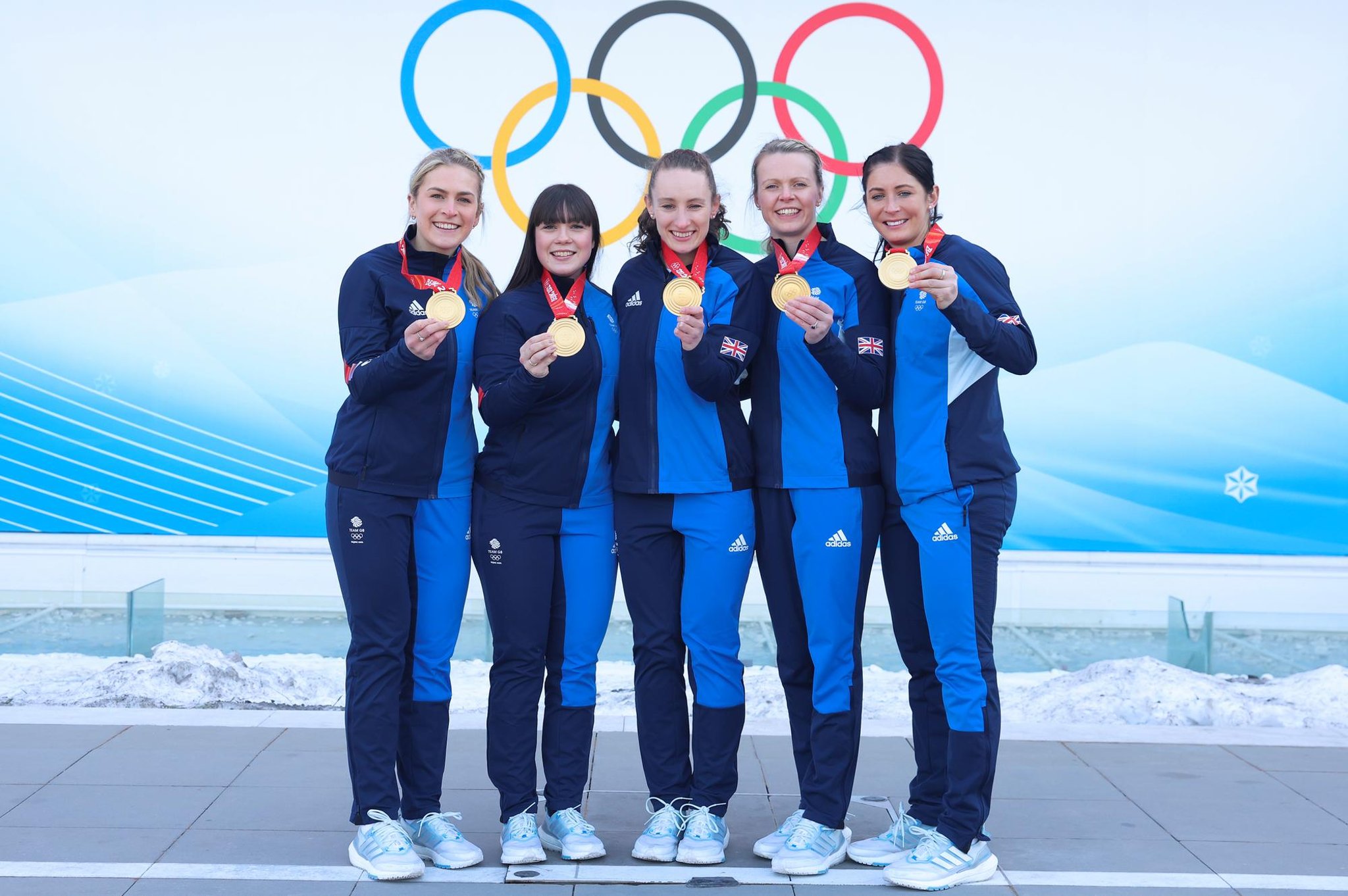 With a population similar to Scotland, the Norwegians miraculously amassed a total of 37 medals with 16 gold medals, four more than Germany, seven more than China and eight more than the United States.

Unfortunately and perhaps unsurprisingly given GB’s poor performance overall, the BBC and most UK mainstream media provided little to no update on the medal table, in stark contrast to coverage of the Summer Olympics held in Tokyo, Rio and London.

More importantly, Norway’s overwhelmingly better performance raises questions about financial support for UK sports, and in particular whether the limited and selectively targeted support provided by lottery funds is sufficient, not only to help win medals in more sports, but to dramatically boost levels of participation in all sports, especially those where, at present, there is little chance of winning medals.

At a time when we all want our planet to become more livable and strive as individuals to become fitter and healthier, isn’t it time the UK government devoted more of its resources to maximizing the welfare of all its citizens rather than maximizing the profits of wealthy friends and party donors?

The female curlers of the GB team of the 2022 Winter Olympics: who are Eve Muirhead, Jennifer Dod…

Without the Team Scotland curlers, who the BBC and others ignore when they compete as Scotland in international events, the UK’s performance at the Winter Olympics was tied for ‘draw points’ Eurovision Song Contest regulars (Letters, February 22).

Without any funding from the national lottery (although an independent Scotland could have a lottery like Ireland and participate in the Euromillions prize fund), Norway again topped the medal table by far, but are not taking part in any expensive sports such as bobsledding. All young people are encouraged to go out in all weathers to have fun in sports with good facilities in over 10,000 local sports clubs and as a people they are extremely proud of their nation. It’s not just winter sports that Norway excel in, football is a summer sport and last week Bodo/Glimt, while still in their pre-season, beat Celtic in Glasgow.

However, the local Norwegian league attracts more than double the amount of commercial broadcast rights than the SPFL.

I think this will never have been bettered in the history of mankind than at the beginning of the 12th century during the reign of William the Conqueror’s numbered son, Henry I, when the digital displays of that time would have extended to fourteen 1 – 11.11.11.11. 11.1111.

According to Stewart McDonald (Scotsman, February 19), that an independent Scotland seeks to become a member of NATO is a good decision, even necessary.

The fact that Scotland provided one of NATO’s most respected secretaries-general in the past, in the form of Labor MP and British Defense Secretary George Robertson (now Lord Islay) must certainly be credited. a great help in this quest. On the other hand, the insistence of Mr McDonald’s predecessor, Angus Robertson, ten years ago, if I remember correctly, that NATO warships could not enter Scottish waters that if they did not carry nuclear weapons is likely to be a great obstacle to negotiations if not publicly retracted.

Then there is the cost factor. If I understand correctly, no country can become a member of NATO without the approval of all member states. The crucial factor for membership was supposedly 2% of GDP spent on defence. The failure of all but five (the UK being one) of the roughly 30 members has been a sore point over the past two decades, with the US (without which NATO would be significantly weakened) particularly critical. and very unlikely to agree to accept any new member without such a guarantee. For Scotland, that would mean around £3 billion a year. This raises several questions. Could Scotland possibly find such a sum? Even if it could, having lost almost all local military manufacturing capabilities, how long would it take, and from what sources, to provide an adequately equipped defense force acceptable to the other major countries of the NATO?

The irony of the above is, of course, that as part of the UK we are already members of NATO – and the UK Ministry of Defense spends enough of its budget in Scotland that our net contribution to defense is close to zero.

I’m afraid I don’t recognize the era of polite political discussion before the ascendancy of the beastly Scot Nats that Brian Wilson refers to in his latest column (Scotsman, February 19).

My political conscience dates back to Labour’s unexpected triumph in the 1945 elections. “We are the masters now,” they proclaimed, promising to take control of the “commanding heights of the economy” and rely on the powers of wartime regulations to stage a revolution in society – a vision of the promised land for many and a prescription for disaster in the eyes of others. One could therefore say somewhat divisive.

When the promised land did not come near and people grew weary of strikes, continued austerity and strict regulation, and voted to return the Tories, Labor was glowing with rage at the stupidity and to the ingratitude of the electorate, with Nye Bevan characterizing those who had voted Tory as “below the vermin”. A touch of bile there?

For misogyny, I would refer to the days of Margaret Thatcher “the milk thief”. Yes, she was a divisive figure, but some of the opposition to her went far beyond her policies, even within the Conservative Party. What is different now, I would say, is that we have a much grosser society in general. There is also the advent of the Twitter sphere which gives an anonymous platform to anyone with a grievance eaten away by their humble place in the world or simply consumed by wanton malignity.

Some historians believe that Russia and China pose less of a threat than Germany after its invasion of Czechoslovakia in 1938.

But, among other things, the United States was the emerging dominant power, the United Kingdom with the Empire was still militarily important, China was relatively insignificant, and our enemies had no nuclear weapons. There was no Russia/China/Iran or equivalent axis controlling Europe’s energy supply, much of its economic needs, and with growing influence in the Middle East, Asia, Africa and in South America.

Will the leaders of democracies now accept that not only did the West not “win” the Cold War, but that if our enemy was not just Hitler’s Germany but all Nazi states, it is also premature to pretend that we won the Second World War? The two wars only came to a halt, while the totalitarians – whether in red, brown or black shirts, secular or religious – indulged in “retreating to better jump”.

With its rise and cyber warfare capabilities, and our lack of leadership and self-confidence, this axis can detach itself in salami fashion from the weaknesses of democracies to impose its Orwellian future on the world while avoiding major military operations against us.

Like most, at least in the West, I am disgusted by President Putin’s antics. However, I have a slight problem in that (i) there is no great global outcry against Israel and the West Bank; (ii) Syria’s tactics are largely ignored; and (iii) we didn’t seem to have such rigid views when deciding to invade Iraq.

There is also the question of how strong we feel, as I suspect the extent of our “retaliation” through sanctions will likely be tempered by (i) the effect on our own economy; (ii) potential increase in gas and electricity costs; and (iii) not least, the effect on some of our major football teams!

We count on Ukrainians to stand up and be counted. Will we, the ‘vox populi’, equally be willing to ‘pay the price’ and our media, so powerfully outraged at this time, support their view or, as in Covid, follow what makes good titles?

Boundaries tend to be places where differences are highlighted. As an exile living just south of Berwick upon Tweed, I have already witnessed different regimes on either side as Boris Johnson unveiled different versions of his ‘do yourself a favor’ policy on Covid-19.

But now it looks like showing signs of sniffling may cause me to act illegally by not isolating myself when entering Scotland! Police Scotland – instead of testing northbound travelers for alcohol excess – will now use random rapid flow tests and have us take swabs instead in our nostrils? Or maybe I’ll just receive a questionnaire to fill out?

Your thoughts are welcome. Write to [email protected] including name, address and telephone number – we will not print all the details. Keep letters under 300 words, with no attachments, and avoid “Letters to the Editor/Readers” or similar in your subject line. If you refer to an article, include the date, page number and title.

Will Biden’s sanctions stop a Russian invasion of Ukraine?

3 of India’s 4 poorest districts are a ‘mandate economy’, survival means getting away from UP