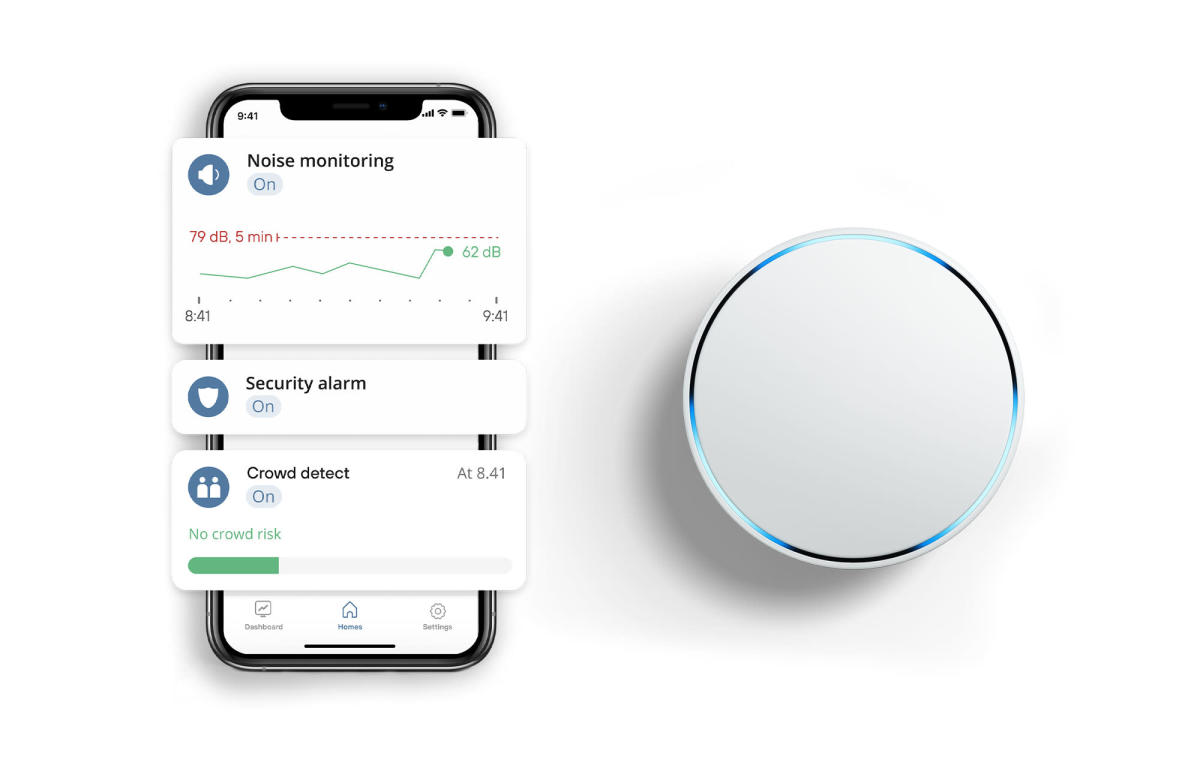 Minut tells your Airbnb guests not to, already, sheesh

You rent your apartment on Airbnb and the guests rage all night long. You don’t learn it until three days later, when neighbors angrily and passive-aggressively put up signs around the building about “someone” having loud parties on the third floor. Minute just raised $14 million to further expand its “shhhh, time to take it down a few notches” privacy solutions for the hospitality industry.

“I was talking with one of the first employees of Airbnb, when he was at Y Combinator. Even at the very beginning, they had a problem: when people rent their apartment, they need follow-up. There was no other option but to install cameras, and that was becoming a big problem for Airbnb,” says Nils Mattisson, co-founder and CEO of Minut, where the idea came from. “Years later, this idea came back to me. Having been at Apple and having worked with many technologies that were ahead of their time, in terms of the combination of machine learning and privacy. I first saw how these two were coming together and how we would be able to fix this and balance surveillance and privacy in a good way so that was the original seed and where we are back now almost 10 years later .

The Minut sensor monitors noise, occupancy, motion and temperature in vacation rental properties. The company sees itself in the role of a co-host, helping hosts prevent parties, improve the guest experience, and protect their homes.

“The sensor is about the size of the palm of your hand. It’s an IoT device — it contains a small computer and a bunch of different sensors. Instead of streaming the data to the cloud, we built a solution where the analytics is what’s happening on the sensor. And that allows you to use it in cases where you need to respect people’s privacy. This allowed us to target the short-term rental industry If you’re renting out your apartment, you want to make sure you get it back the same way,” Mattisson says. “The value we bring to the host and the guest is really that we provide oversight. When we find that there are overcrowding issues or things that might bother neighbors, we contact customers. In more than 90% of cases, this means the problem disappears.”

Monitoring room occupancy and usage is an important activity in several industries, and tHere are a number of products on the market that work similarly to Minut. Density, Interior space and VergeSense (the latter of which recently raised $60 million) compete for occupancy detection for office and industrial buildings; in the residential sector there are also a few options. “We want to help you protect your space, maintain your guests’ privacy, and preserve your relationship with neighbors. That means helping you spot problems in real time,” Airbnb writes on its website, recommending Minute, Aware of the noise and room monitor as options to its guests.

Minut adopts a sound analysis approach at the edge of the network, that is to say without sending any video or audio data to Minut’s servers. The selling point is being able to offer near real-time data, without compromising customer privacy. Minut says Airbnb thinks it’s a really good idea:

The company sells the sensors for a relatively low price — at $50 — with a subscription of $150 per year.

“WWe are more like a SaaS platform and we charge a monthly fee per property. We charge for the sensor, but we’re not really trying to make money on the hardware side. This change in business model is also what really enabled this funding round. To an investor, we are more like a software company,” says Mattisson. “In addition to the sensor, we’re able to build this SaaS platform — we wouldn’t be able to do that if we didn’t have the underlying data. .”

Minut’s Series B was led by Almaz Capital, with participation from Zenith, Kompas, Verve Ventures and Swiss Immo Lab. Previous investors Karma, SOSV’s HAX and KPN Ventures also participated. Minut claims it has tens of thousands of devices in service in more than 100 countries. It has offices in the United States, United Kingdom, Sweden, France and Spain.

Everyday Cheapskate: Credit is a privilege, not a human right | Hobbies