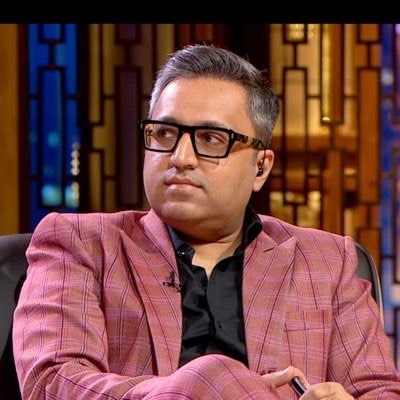 Kotak Mahindra Bank is not engaged in any discussions with exiled BharatPe co-founder Ashneer Grover over the so-called IPO funding dispute, according to a letter from the bank’s legal representative to Grover.

Grover and his wife Madhuri have been locked in a legal battle with Kotak Mahindra Bank since they sent legal notice to the bank on October 31, 2021, for failing to provide financing despite insurance and share allocation in beauty startup Nykaa’s initial public offering (IPO). Reports said the couple had claimed Rs 500 crore in damages.

The IPO dispute quickly turned into a war of words. Last month, a leaked audiotape of Grover threatening and hurling abuse at Kotak Mahindra Bank employee surfaced, throwing the founder of the merchant-focused fintech company into controversy.

The Kotak Group objected to Grover’s use of inappropriate language and brash behavior and said it was pursuing “legal action” against the BharatPe co-founder. That same month, Grover took voluntary leave until the end of March.

On January 19, RegStreet Law Advisors, the law firm representing Grover and Madhuri, sent a letter to the legal representative of Kotak, Khaitan and Co, stating that the two parties had discussed among themselves the issues surrounding the IPO of Nykaa and agreed to resolve them amicably.

“Neither party wishes to proceed further with respect to the allegations and counter-allegations made in connection with the matter,” Mint quoted Sumit Agrawal, founder and partner of RegStreet Law Advisors, as saying in the communication.

In response to the January 21 letter, Khaitan and Co said there had been no communication between the two companies other than Kotak’s response to the November legal notice.

Since Kotak did not discuss the matter with Grover, no decision could have been made between the parties, Khaitan and Co said in the letter reviewed by Mint.

“Our client is surprised to read about the same thing and wonders why such a non-existent discussion is attributed to our client,” the letter read.

In the letter, Khaitan and Co said Grover could withdraw the legal notice sent in October if he wanted to end the case.

While embroiled in controversy, Grover had praised billionaire banker Uday Kotak the last week of January via a post on LinkedIn.

“Uday Kotak is a legend,” Grover wrote, recalling his seven-year stint at the bank. “I can tell you that nobody understands or does finance better in India,” Grover said of Kotak.

Email and text queries sent to the Kotak Group and Grover went unanswered.