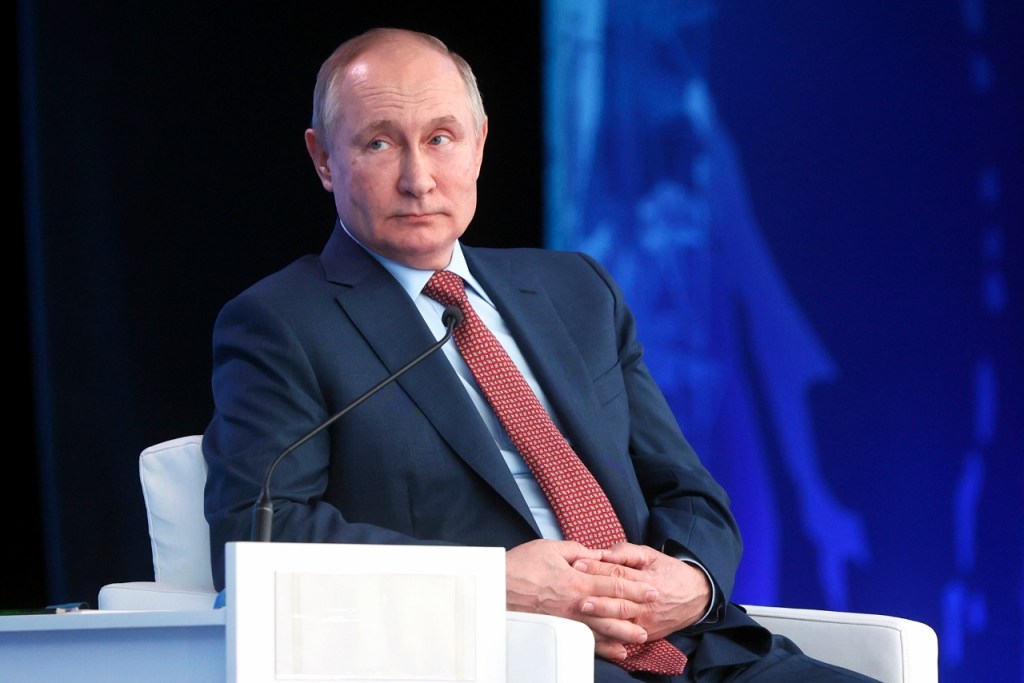 This week, Russian President Vladimir Putin sent forces to Kazakhstan to lend support to the autocratic government of President Kassym-Jomart Tokayev amid violent protests that erupted over energy prices.

At the same time, thousands of Russian troops are currently massed on the border with Ukraine – an escalation that raises serious concerns about a military invasion comparable to Russia’s annexation of Crimea in 2014.

The Biden administration met with Russian officials this week to try to defuse the Ukrainian standoff, but their efforts were in vain. Moscow is relentlessly seeking a NATO agreement not to expand its reach eastward into Ukraine and to end security cooperation with Ukraine – proposals the US diplomat has called “non starters”.

Certainly, Russia’s actions – individually and collectively – towards Kazakhstan and Ukraine are part of a broader effort by Putin to reassert Russian dominance over former Soviet states and to undermine the real and perceived NATO.

And make no mistake, Putin is gaining momentum in his quest.

Putin’s advances were made possible by the fact that the United States and NATO have no uniform strategy for dealing with non-NATO states that were part of the former Soviet Republic – including Ukraine and Kazakhstan – which former national security adviser John Bolton aptly noted in a recent article for the Wall Street Journal.

Indeed, the United States said earlier this week that it would not intervene in the crisis in Kazakhstan, and the State Department merely called for “restraint by authorities and protesters.” At the same time, the true extent of the militaristic and economic support that the United States and NATO are prepared to provide to Ukraine – whether in the event of a full Russian invasion or in the absence thereof – is not not clear.

President Joe Biden reportedly warned Putin last month that an invasion of Ukraine would lead to severe economic sanctions, the disruption of the Nord Stream 2 gas pipeline and that Ukraine would receive defensive capabilities from the West.

Although Biden ostensibly draws a ‘red line’, Putin has held firm and continues to demand guarantees that NATO will not expand east into Ukraine – perhaps because Putin is testing the president, or because that he has little reason to believe Biden would follow through on his threats.

The United States has not significantly increased military aid to Ukraine since Biden took office, and in May the administration lifted sanctions on Nord Stream 2. And so far, Moscow was clearly not deterred by the economic sanctions imposed on them.

Moreover, the chaotic withdrawal of US troops from Afghanistan in August – which weakened America’s position on the world stage and also signals that the Biden administration is reluctant to engage in future foreign wars – has clearly encouraged Putin to behave more aggressively.

Whether or not Putin will engage in Ukraine has yet to be determined. Some have argued that because Kazakhstan – a neighboring autocracy – has been thrown into chaos, Putin may be more likely to take aggressive steps to weaken Ukraine, which is struggling for democracy and striving to integrate. to the West.

To that end, I mostly agree with the argument made by people like former national security official Fiona Hill, who have said that the situation in Kazakhstan could very well “accelerate Putin’s desire to do something thing” in Ukraine.

However, I don’t see Russian involvement in Kazakhstan as a sign that Putin’s influence is waning. While the uprising in Kazakhstan against Russia’s allied government was not an ideal scenario for Russia, Putin can – as I anticipate he will – use the situation in Kazakhstan to his advantage with Ukraine and with other former Soviet non-NATO states.

Specifically, Putin can cite Moscow’s decisive intervention in Kazakhstan as proof that Russia is a more reliable militarist partner than NATO and the United States.

Putin is clearly already working towards this goal. On Thursday, the Russian president effectively declared Russia’s mission to stabilize Kazakhstan a success, announcing that Russian troops had “accomplished their task” and were preparing to return home. Earlier in the week, he promised other pro-Russian ex-Soviet states that they would receive decisive Russian support in similar circumstances.

After the withdrawal of troops from Kazakhstan, Putin can reasonably be expected to intensify his efforts to undermine and pressure the democratically elected government of Ukrainian President Volodymyr Zelensky – which has received lukewarm support from NATO – especially considering given the failure of Russia’s talks with the United States and NATO this week.

Certainly, NATO could effectively stop Putin in his tracks – or at the very least pre-empt his next moves – if they had a concrete plan outlining the extent of support they would provide to former Soviet non-member states. NATO like Ukraine.

If Putin invades Ukraine, the United States and NATO must be prepared to take two concrete steps. First, seriously consider suspending Russia from SWIFT, the global interbank payment system; and second, to start providing lethal aid to the Ukrainian military.

Absent these two steps and a broader strategy, NATO would effectively cede ground to Putin in his quest to regain control of former Soviet states and weaken the Western alliance.

Why are young Australians excluded from home ownership? The answer is politics | Intifar Chowdhury