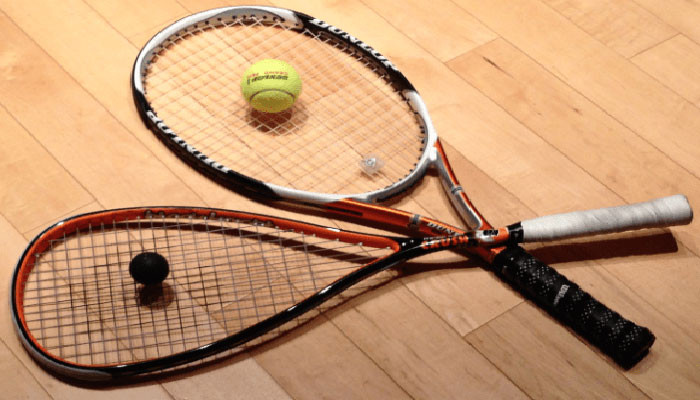 KARACHI: The 32 junior squash players participating in the Canadian Junior Open and the US Junior Open must submit a bond of Rs 5 million to the Pakistan Squash Federation (PSF) before leaving for the championships.

The decision was taken at the federation’s last annual general meeting to prevent players from using the sport to travel abroad and settle there illegally. According to the details, the house of the AGM has decided that each player and official should submit a bond of Rs5 million to the PSF on a stamp paper duly signed by their parents and approved by their association.

“Appointed officials should be responsible for bringing players back to Pakistan immediately after the tournaments,” the house said.

It was decided that the associations should take responsibility that their appointed leaders properly take care of their contingent and bring them back to Pakistan.

It is worth noting that six players are playing in Ontario, Canada from December 11-14 and 26 players have been guaranteed to enter the main draw of the US Junior Open. It has become a common practice for Pakistani players to get visas from different European and American countries to play international events there and not return.

In 2015, four players went to Australia after obtaining visas to play squash, but they never returned.

Two Peshawar players went missing in Japan during the same period. This is why Milo’s sports organizers filed an official complaint with former PSF secretary Abdul Wahab Marwat that five junior players from Pakistan entered their names at the event using the forged signatures of Marwat.

Former PSF secretary Amir Nawaz seized a case of entry over forged signatures when a player entered his name at an event in Kuwait using the forged signatures of Peshawar Center director Mohibullah Junior from Pakistan Sports Board.

In 2012, the New Zealand authorities virtually banned the issuance of visas to Pakistani players because a certain Adnan Khan remained there illegally after participating in a squash competition as a coach.

This scribe reported around this time that SquashGym in Palmerston North, New Zealand hosted a $ 5,000 Manawatu Classic from July 26-29, 2012 in which two Pakistani squash players, Suleman Khan and Naseem Khan, participated, accompanied by Suleman’s brother, Adnan, who served as manager and coach.

Adnan did not return and remained in New Zealand illegally. Immigration authorities have told their squash authorities that Adnan has not left New Zealand.

New Zealand immigration authorities were reluctant to issue visas to Suleman, Adnan and Naseem because they didn’t have much travel history, but tournament organizer Grant Smith gave his personal guarantee to the Dubai Embassy for these players to obtain visas.

In the same year, a Peshawar player, Asif Khan, was deported by Canadian authorities for being an illegal immigrant seeking asylum.

Former world champion Qamar Zaman told ‘The News’ that Asif was part of a group of Peshawar players who created a fake email in his name and wrote to different associations around the world that Qamar wanted send these players to train in their country.

“My son Mansoor Zaman was informed by an official of the Danish Squash Association during a tour that he was sending visas to a group of players from Peshawar whom I had recommended. He (Mansoor) saw the emails and told the manager that I had not used the account he received the emails from, ”he added.

Qamar said the development shocked him and he consulted with the FIA. “Later, I withdrew this case for humanitarian reasons. But it’s been a practice here in Pakistan for some time that people join the Professionals Squash Association (PSA) for around £ 400, get visas and never come back, ”Qamar said.

“I wrote to a manager at PSA to tell him that he had made PSA into a store. A large number of people have traveled to foreign countries on the basis of this PSA membership, as they easily get visas on the basis of their letter. It has become a big deal here, ”he added.

Qamar suggested that foreign countries should not issue visas to squash players without seeing PSF approval.