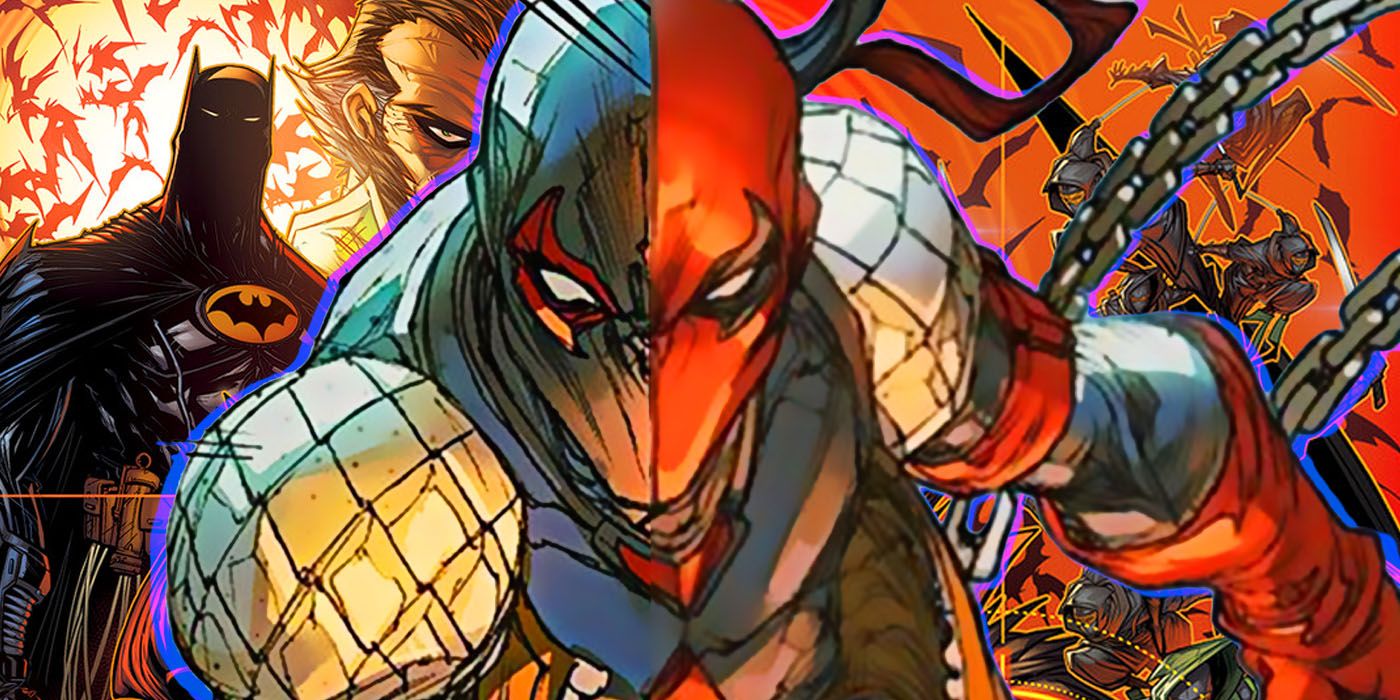 The following article contains spoilers for Batman #123, on sale now.

In Batman #123 (by VC’s Joshua Williamson, Howard Porter, Tomeu Morey, and Clayton Cowles), Respawn threw himself in front of Deathstroke to protect him from bullet fire, appearing to die. This left Deathstroke mourning the loss of his son and possibly also gave him his motivating reason to fight against Talia al Ghul.

Until now, Deathstroke has been playing defense. He knew he had nothing to do with Ra’s al Ghul’s death, but he couldn’t sit still and explain this to Talia’s forces. However, the loss of his son after reuniting with him so recently will no doubt send Deathstroke into a spiral of rage. This is where he begins his counterattack, and the rest of the world will suffer.

Obviously Deathstroke knew he had been framed. That’s why he ran away instead of fighting back. He didn’t see the point of fighting a battle he had never really started. His hope all this time was to find out who had actually pulled the trigger and bring proof of their existence to Talia.

That chance for peace died the moment Respawn did. In his unexpected child, Deathstroke undoubtedly saw a chance to be a better father than he was to his first two sons. He even followed through on this, treating Respawn more like a son than a soldier-in-training. The two had developed a close bond, close enough for Respawn to turn into a human shield for his father, and close enough for Deathstroke to avenge his son.

He’s already admitted to Batman that he should have killed Ra’s for hiding his son from him and for everything the demon head did to Respawn. But now he will want to kill Talia for taking Respawn from her.

Without having to worry about his son’s safety anymore, Deathstroke can now start fighting in earnest. He is still in communication with the secret society, which until now had orders to remain hidden. His son’s death is all the motivation he needs to organize the villains under his employ to begin resisting the Shadow Demon.

This in turn could trigger a real world conflict where the extent of the damage is unfathomable. Every villain Deathstroke employs is capable of mass destruction, pitting them against fanatics like Talia’s followers will only ensure there will be collateral damage. Take what Deathstroke did just to distract Batman and Robin, throwing a grenade down a crowded street to buy himself the time he needed to get away.

It’s a war of annihilation between two people with no regard for the lives that will be caught in the crossfire. Both believe the other stole someone they love from them. There won’t be a real armistice until the perpetrator comes forward, and even then Deathstroke still lost his son. If the real culprit himself, Deathstroke might still want Talia dead for what she did.

Shadow War lines have faded – and that means more casualties

Amer Sawan is a reader, writer, gamer, and lover of all things Florida nerdy. He graduated from the University of Florida with a BA in English. He spent the last year writing for CBR. In his spare time, Amer enjoys playing Dungeons & Dragons with his friends, both as a Dungeon Master and as a player. Follow him on twitter @AmerSawan3 and feel free to comment on suggested articles.