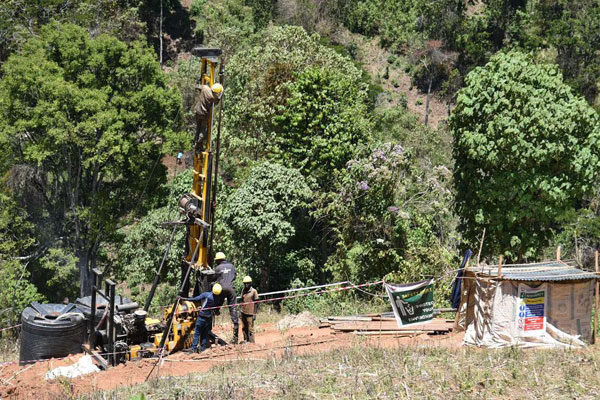 The state is demanding 7.7 billion shillings from Heritage Insurance and Standard Chartered Bank #ticker:SCBK for insurance guarantees paid for the controversial Arror and Kimwarer dams.

The State Department for the Northern Corridor and the Kerio Valley Development Authority (KVDA) told parliament last week that the state was demanding 4.1 billion shillings from Heritage Insurance for the Arror Dam .

Regional development PS Belio Kipsang said the government would request an additional 3.6 billion shillings from Standard Chartered Bank for the Kimwarer dam before the guarantee expires in June next year.

The performance bond payments are due to the failed construction of the two dams by Italian construction company CMC di Ravenna, which was paid billions of shillings and has since filed for bankruptcy.

CMC di Ravenna is at the center of a corruption scandal involving the Arror and Kimwarer dam projects in the Rift Valley region.

Prosecutors say no work has been done on the dams despite the Italian company winning the construction contract more than five years ago and some 19 billion shillings having been paid by the Treasury as part of projects.

“I can confirm that the Treasury has recalled the 4.1 billion shillings guarantee for the Arror Dam project. I cannot however confirm whether the money has reached the Treasury accounts,” Dr Kipsang said. .

“Heritage Insurance had guaranteed that in the event of non-performance on the part of the contractor, he would pay us the deposit.”

Another offshore payment of 11 billion shillings was made to Italian insurer SACE.

Dr Kipsang said Standard Chartered’s payment was linked to the advance payment made to the Italian contractor for the Kimwarer dam.

“We will recall the Standard Chartered Bank insurance guarantee before it expires in June 2023,” he told the National Assembly’s Public Accounts Committee (PAC).

Kenyan taxpayers could pay up to 80 billion shillings to the Italian company responsible for building the Kimwarer and Arror dams.

That is if an arbitral tribunal decides in favor of CMC Di Ravenna.

She is seeking compensation for the wrongful termination of the contract through arbitration with the International Chamber of Commerce.

In this case, the contractor wants the court to rule that the government, through the KVDA, canceled the contract improperly, abnormally and unlawfully.

It considers that KVDA is responsible for delays and breaches of its contractual obligations.

“The situation is complicated because CMC Di Ravenna has gone to the International Court of Arbitration to request payments. There is an impasse between us and the contractor,” the PS told PAC.

Dr Kipsang and KVDA Managing Director Sammy Naporos struggled to explain how a company, which has filed for bankruptcy, can apply for an additional salary transfer to arbitration to demand more payment.

“When you file for bankruptcy, how can you sue someone? It’s an enigma,” Rarieda MP Otiende Amolo said.

President Uhuru Kenyatta canceled the Kimwarer Dam project in September 2019 after investigations established it was technically and financially unfeasible.

He also issued an order for the Arror Dam project to start at half cost, as the technical committee he appointed to review the developments found it economically viable.

Kenya also defaulted on the 19.6 billion shillings loan for the controversial Arror and Kimwarer dams, failing to make the first installments to Italian bank Intesa San Paolo in May.

Treasury documents tabled in Parliament show that Kenya was due to pay the first installment of the 11 billion shillings loan to the Arror Dam on May 18 and the initial repayment of the 8.63 billion Kimwarer loan on May 9.

The Italian bank says Kenya failed to make the payment amid investigations into the billions of shillings shared in foreign banks and never transferred to Kenyan government accounts.

“No payments have been made in 2021,” a representative for the Italian bank who did not wish to be named told Business Daily in an earlier email response.

Records before Parliament show that the Treasury has yet to make payments for loans related to the two dams.