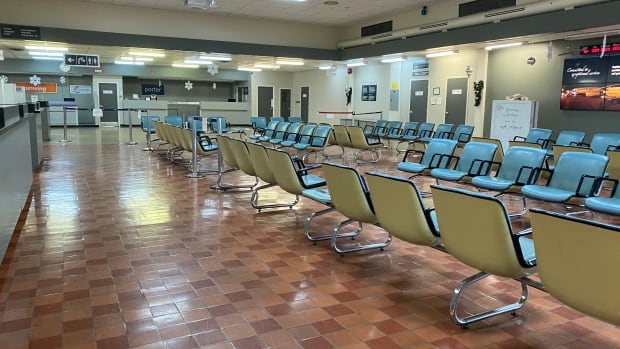 The Stephenville Airport Corporation has written to Premier Andrew Furey questioning the level of financial support provided by the province and highlighting the challenges facing operations on the west coast of Newfoundland.

“As a business, we need to plan as if we are going to be the owner/operator indefinitely,” SAC President Trevor Murphy wrote in the letter dated Feb. 23.

“That means we have to engage with our airline partners and try to secure flights and services to generate revenue; however, we don’t have the same opportunities as our colleagues in the province.”

Earlier that month, Furey announced $1 million would be split between Deer Lake, Gander and St. John’s airports to help them restore routes that have been canceled or reduced over the past two years in due to the pandemic.

At the time, the Prime Minister said they were the only airports to apply for the funding.

In his letter to Furey, Murphy noted that Stephenville has had no scheduled passenger service since January 2020 and has been hampered by COVID-19 and ongoing travel restrictions in its efforts to restore previous routes run by Sunwing and Carry.

Sunwing has announced weekly service to Toronto from Stephenville this summer, which is expected to begin in late June.

Murphy acknowledged that the government had guaranteed a line of credit for the airport and called it “critical to the survival of our business”.

But he noted that it is used to finance operations and does not give them the ability to market the airport or spend on attracting services. He added that the amount had been stable since 2017.

And there are more financial problems on the horizon.

“ISC has experienced a significant operating deficit over the past two years, which has been mitigated by the federal wage subsidy program,” the letter states. “Unfortunately for SAC, this program is now over.”

Murphy pointed out in the letter, however, that Stephenville operates under the same ownership and governance structure as Deer Lake Airport.

CBC News obtained the partially redacted letter via a Freedom of Information request to the Prime Minister’s Office.

Murphy declined a request for a taped interview.

He said the Stephenville administration knew of no way to apply for the provincial money for air access and only heard about it after the fact.

Murphy would not say whether airport officials have been in contact with the province since the letter was written more than a month ago.

The Prime Minister’s Office said there had been no interaction between officials there and those at the airport company since.

No timeline for potential deal with Dymond

Last September, the airport received a lifeline, with the announcement of ambitious plans to reinvigorate it.

Dymond Group of Companies CEO Carl Dymond said $200 million in private cash would be poured into the Stephenville operation, following its acquisition.

His vision for the airport includes returning passenger service, creating a factory to manufacture massive cargo drones and creating thousands of jobs.

The original deadline for closing the deal passed more than three months ago.

Murphy wouldn’t go into detail on the current status of the talks and said there was no timeline at this stage for finalizing a potential deal.

In February, Carl Dymond also declined interview requests, saying he would take questions after the deal was done.

Mexican peso at nine-month high of 19.70