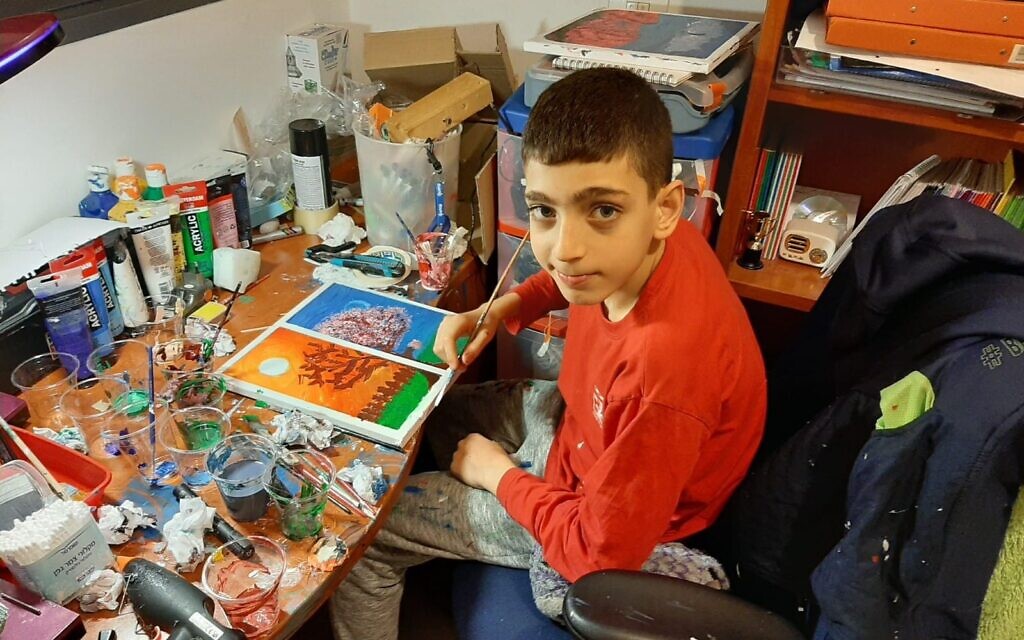 The driver who fatally ran over a 12-year-old boy on Yom Kippur, allegedly intoxicated and under the influence of drugs, was placed under house arrest by a court on Friday.

Eran Azoulay, 41, is accused of killing 12-year-old Barak Houry, a resident of Ramat Gan, who was cycling on Route 4 near the central town of Givat Shmu’el on Yom evening Yom Kippur, earlier this month.

After the accident, police detected more than twice Azoulay’s legal breath alcohol limit. He is also suspected of having used drugs before driving. According to reports, Azoulay has 41 previous convictions for driving offenses, including driving while intoxicated.

Police had asked the Tel Aviv Magistrate’s Court to extend Azoulay’s detention until the indictment was filed against him, but the court dismissed the request and decided to release him in custody. restrictive conditions.

Azoulay was required to post a bond of 10,000 NIS (approximately $ 3,000) and another third party guarantee for the same amount. In addition, he is prohibited from leaving the country and has been asked to surrender his passport.

By registering, you accept the conditions

Houry was rushed to Beilinson Hospital near Petah Tikva in critical condition, where medics later pronounced him dead. Paramedics said in a statement the boy was wearing a helmet and protective gear when he was hit.

Houry, described by those who knew him as an immensely talented boy, was due to celebrate his bar mitzvah in about a month.

Read more: The family of a boy killed during the Yom Kippur fundraiser for his “firefighter robot” project

Azoulay maintained during questioning that Houry appeared out of nowhere and that he could not prevent the crash.

However, eyewitnesses at the scene said the driver was driving recklessly at high speed, despite the streets being filled with people on bicycles, many of them children.

Neta Shafir, also 12, said she had met Houry moments earlier while riding a bicycle and witnessed the fatal crash.

â€œSuddenly a car came at breakneck speed. He didn’t try to move to the side, didn’t try to brake. I just traveled to us. I screamed in horror and ran to the side [of the road]. I hoped the boy was running away too. But after a split second, I heard the horrible crash boom, â€she wrote in a Facebook post.

Are you serious. We appreciate this!

We are really glad you read X Times of Israel Articles in the past month.

That’s why we come to work every day – to provide discerning readers like you with must-see coverage of Israel and the Jewish world.

So now we have a request. Unlike other media, we have not set up a paywall. But since the journalism we do is expensive, we invite readers for whom The Times of Israel has become important to help support our work by joining The Times of Israel community.

For as little as $ 6 per month, you can help support our quality journalism while benefiting from The Times of Israel WITHOUT ADVERTISING, as well as access to exclusive content reserved for members of the Times of Israel community.

The government will conduct a special audit to ensure transparency

The Respect DVD release date is set for November 2021