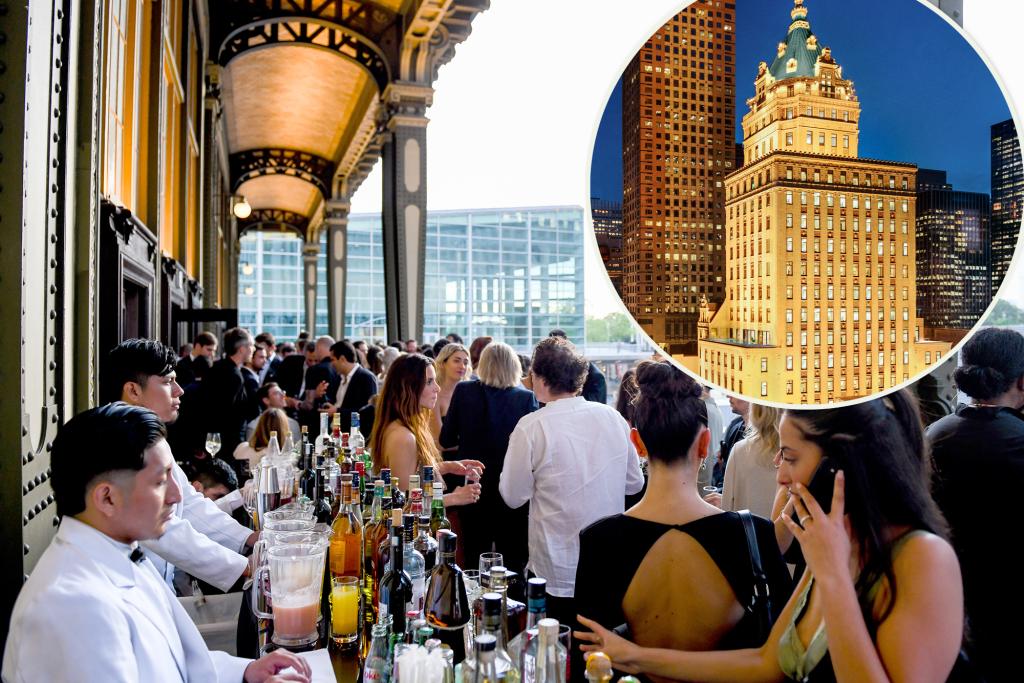 Some things in life should be experienced in private. Sex, for example. Colonoscopies. But dining at fancy restaurants and hanging out in beautiful spaces shouldn’t be a private affair. Unfortunately, New York is becoming a place where such pleasures are reserved for a select few.

The Big Apple is historically the most public of major cities. With the exception of a handful of clubs for alumni of Harvard, Yale, and other Ivy League institutions, almost everything is open to those who can afford a night out, even if that means waiting at the line to velvet.

But suddenly, members-only spots for global rug baggers are clogging the pages of Page Six. As a lifelong New Yorker, this offends me. No, it annoys me. Pretentious and exclusive establishments are exactly what our brave and besieged city does not need.

Public offender No. 1 is Casa Cipriani, a gigantic members-only hotel, restaurant and lounge atop the Battery Maritime Building downtown. Its many Art Deco-inspired dining rooms, bars, and terrace lounges are beautiful to behold, inside and out. You can enjoy breathtaking views of the East River and the skyline. The Venetian-themed menu whips the arugula from those lesser Ciprianis.

But that’s not allowed unless you’re a club member or paying more than $800 a night for one of the 47 rooms. This, even though the property is owned by the city, which has invested tens of millions of dollars in public funds to restore the old ferry terminal to support the new structure above.

What a slap in the face to New Yorkers who have come to expect a normal, open-to-all hotel and party venue on site.

“Casa,” which means “house” in Spanish and Italian, will also not be open to normal New Yorkers at Casa Cruz.

Last week, two curious, fashionably dressed young women who weren’t members were admitted to the brightly lit club on East 61st Street by a friendly doorman (who has likely since been fired). Tricked into believing they were welcome, the women took their seats at the upstairs bar – only to be coldly booted because they didn’t belong.

Mayor Eric Adams’ favorite after-hours haunt is Zero Bond. An initiation fee of up to $4,000 plus annual dues of up to $4,000 will not guarantee entry to “two floors of lavish lounges, private dining rooms, an omakase restaurant, ‘a screening room and a library,’ reported the New York Times.

The blessing of a membership committee is also required to enjoy what founder Scott Sartiano calls “a New York version of a London club”.

Damn ridiculous, if you ask me.

That’s not all. Nightlife mogul Robin Birley, whose face has been scarred by a tiger, wants to launch a glamorous members-only club at 828 Madison Ave., modeled on his impenetrable 5 Hertford Street in London. And Carbone, where it’s already impossible to get a reservation, plans to open a members-only Carbone at Hudson Yards with a Japanese restaurant. Baptized ZiZi’s Club, it will be an offshoot of the owners’ private club in Miami.

In the meantime, don’t even think about visiting the new Aman Hotel in the Crown Building on Fifth Avenue. Unlike any other hotel in town, the Aman Restaurant, Jazz Club, lounges, and even the lobby are only accessible to room guests who pay $3,200+ a night or purchase a $200 club membership. $000. Hotel doormen are dressed as Secret Service agents and guard the velvet rope on East 57th Street like Fort Knox, chasing away would-be explorers with a sneer.

It’s easy to joke about “private” metastasis. But it’s a cancer in New York’s DNA. It exploits a deranged nostalgia for what New York never had but tantalizes elitists: a class system. From the first Dutch colonies to today’s metropolis of 200 languages, we aim for inclusion, not exclusion.

We measure success in our accomplishments, not in initiation fees and the whims of “membership committees”. If we can do it here, we can do it anywhere, and we don’t need private clubs to prove it.