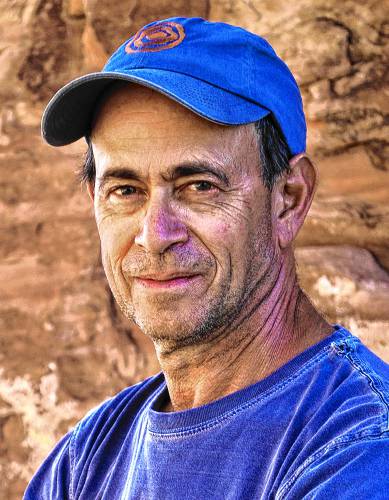 The Recorder – My Turn: There’s nothing Christian about ‘Christian’ nationalism

Despite my Jewish upbringing, I always believed that Jesus of Nazareth existed as a real person. It may seem obvious, but I believe too many Christian evangelicals see it as a lucky lottery ticket, a magical charm that takes them to a mythical paradise. In their opinion, all you have to do is go to church once a week, say a few words, and bingo, you’re “saved.” Then you can act like a bigoted jerk for the rest of the week without any consequences.

Needless to say, it doesn’t work that way and most followers of the Christian faith know it. They strive and often succeed in being decent people and living their avatar’s teachings instead of just saying them. Unfortunately, those who don’t are not only the loudest but also the most dangerous. I refer specifically to the malevolent new phenomenon of “Christian” nationalism. I put the first word in quotation marks because they have nothing Christian about them. They have nothing in common with the real ministry of Jesus and to me they are more like the Pharisees he warned us about. Fundamentalist religious conservatives who oppress others under the false guise of godliness.

Unlike the “Christian” right, Jesus never coveted secular power and was the first proponent of a separation of religion and politics. His admonition of “Render unto Caesar” was a clear indication to his followers. Like Buddha, he preached the need for righteous behavior and the then-unheard-of message of love, forgiveness and tolerance. Unlike some Republican governors, he welcomed the outsider into his fold, condemned the tribal animosities that exist to this day, and empowered women, whom I believe were his most loyal followers.

The patriarchal fear of women and sexuality, which is currently experiencing a resurgence in the United States Supreme Court, has nothing to do with the teachings of Jesus. They are the result of misogynists like Paul of Tarsus and church councils hundreds of years later perpetrated by a group of old men terrified of their own bodies. They also conveniently edited and deleted elements of the original gospel of Jesus that threatened their hold on power. The destructive marriage of authority, domination and Christianity has continued over the centuries to culminate on our shores in the form of “Christian” nationalism.

Their philosophy calls for the destruction of the constitutional guarantee of separation of church and state and strives to define the United States as a “Christian nation”, which of course it is not. Yet 60% of Republicans polled want our nation declared as such while others are conspiring to change the Constitution, most likely to achieve that goal. Flawed as they were, the Founding Fathers were well aware of the long and ugly history of religious tyranny that infected Europe and did not want to be a part of it in their new nation. Thomas Jefferson owned a copy of the Koran and as President George Washington wrote a letter to the Jewish congregation in Newport, Rhode Island, assuring them that they were also welcome as American citizens. The Bill of Rights that mandates religious freedom was more radical then than we appreciate now. It is not surprising that some of the most extreme conservatives like Marjorie Taylor Greene and Lauren Boebert and white supremacists like Nick Fuentes are supporters of “Christian” nationalism. The January 6, 2021 insurrection to overthrow our democracy was perpetrated by like-minded participants.

According to previous surveys, however, church attendance nationwide is down, misinterpreted as Americans turning away from God. Not so. This decline is based less on belief in a higher power than on distrust of the traditional religions that have caused so much death and destruction over the millennia and threaten to do so today. Christian, Jewish, Hindu, Muslim and even Buddhist extremists are more belligerent because on a deeper level they feel that their old mentality is disappearing. More and more people, including younger generations, prefer spirituality that includes a belief in a divine force but has no use for it as a divisive entity. Nor do they need a certain time or place or intermediary to access anything that is defined as God.

As a Jew, I’m always happy when Christians act like Christians, and I’ve spent more of my adult life in churches than in synagogues. I would advise “Christian” nationalists, however, that instead of pressuring their fellow non-Christian Americans to “accept Jesus Christ into their hearts,” they instead do so first. Because right now their hearts are filled with fear, intolerance and the need to dominate others.

Daniel A. Brown lived in Franklin County for 44 years and is a frequent contributor to The Recorder. He lives in New Mexico with his wife Lisa and his dog Cody.