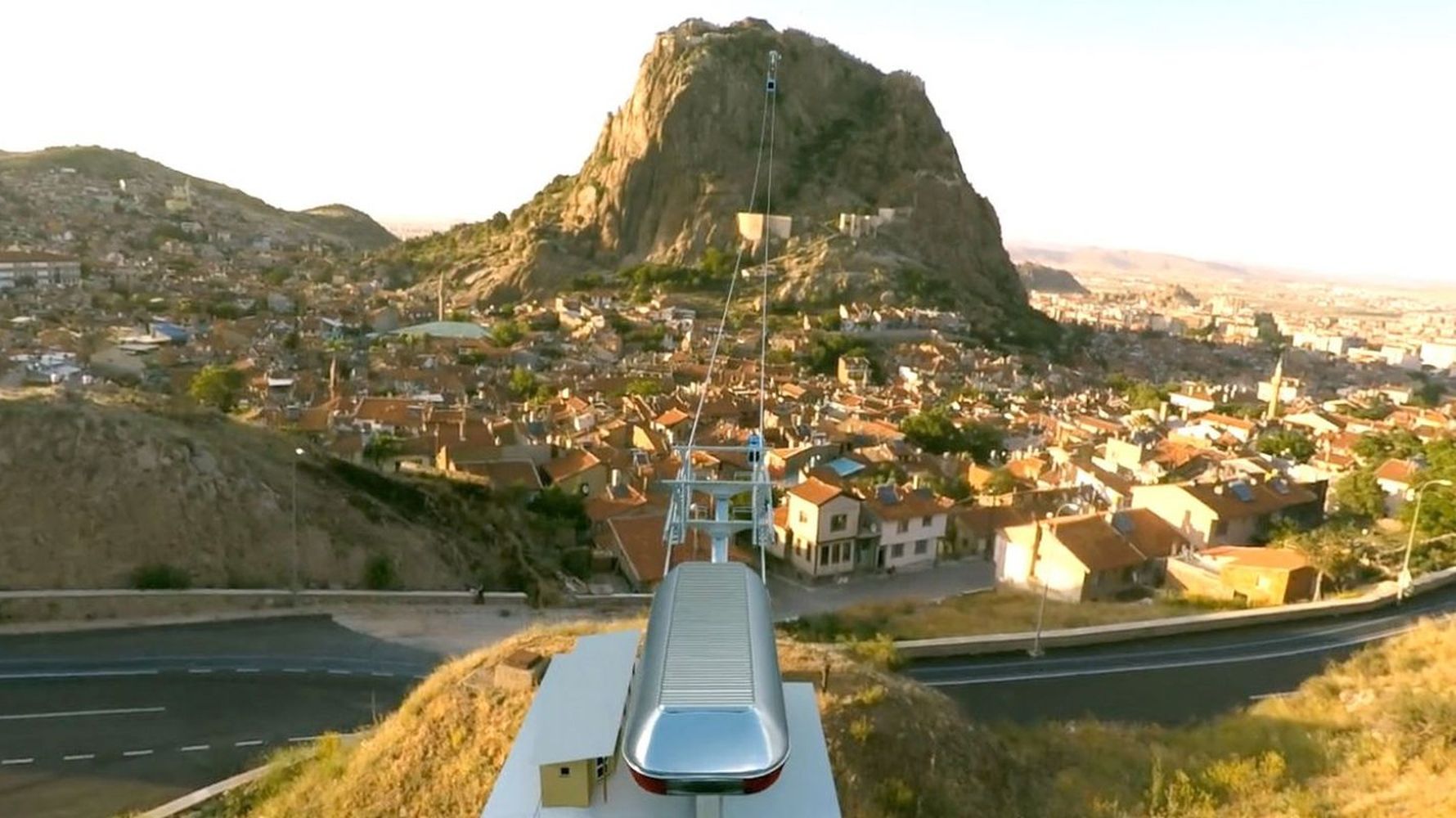 A call for tenders will be launched for the construction of the cable car to Afyonkarahisar Castle. The company that wins the tender will be guaranteed 140 passengers per year. Additionally, it is not known whether the project will damage the historic texture.

According to the news from Berkay SaÄŸol from BirgÃ¼n, 140 thousand 11 people per month and at least 666 people per day are expected to use the cable car, which is guaranteed for 388 passengers per year. It is still unclear whether the construction of a cable car to the castle, which is 226 meters high and has 701 steps, will damage the historic texture.

COMMERCIAL FACILITY TO BE CONSTRUCTED IN KALE

At the assembly meeting, the construction of daily and commercial facilities in the area of â€‹â€‹the cable car substation under the â€œAfyonkarahisar Castle Landscaping Projectâ€ was also accepted. It is indicated that the castle, which was used for defense purposes during the Hittite, Roman, Byzantine and Seljuk periods, could be damaged due to commercial facilities to be built as part of the project.

The mayor of Afyonkarahisar, Mehmet Zeybek, said the following about the cable car project during the assembly: â€œAbout 4 companies will bid for the tender. It’s a big project. We will give the right of use for 25 years. If there is no bidder, we will do it ourselves with the means of the municipality.

On the other hand, it was stated during the meeting that the charge for the cable car service would be between 20 and 25 TL.

“AFYONL HAS NO MONEY TO PAY TO THE Gangs”

CHP Afyon Provincial President YalÃ§Ä±n GÃ¶rgÃ¶z said: â€œAs CHP we say that the cable car should be built for the promotion of Afyon, but there should be no guarantees for the passengers. It is said that 140 passengers will be guaranteed annually. I ask the officials of the municipality: How did you determine the guarantee of 140 passengers per year? Who did you consult? If these goals are not met, how will you explain this loss to the public? “

GÃ¶rgÃ¶z, who wants council members who approved the project to pay full losses if the project is damaged, said: â€œDitch this guaranteed cable car service to passengers. You install the cable car, but remove the passenger guarantee phrase. â€œThe people of Afyon don’t have the money to pay your gangs,â€ he said.

The provincial president of the CHP, GÃ¶rgÃ¶z, also reminded the public of the damage caused by the passenger guarantee given for Zafer airport. The airport in question was put into service in 2012 with the Build-Operate-Transfer model to serve the provinces of KÃ¼tahya, Afyon and UÅŸak. The number of passengers guaranteed to the company IC Ä°Ã§taÅŸ Ä°nÅŸaat, which built the airport, could never be reached. For example, 8 passengers used the airport in the first 5 months of this year; however, the guaranteed number of passengers is 725 thousand 878. Consequently, the State will pay 488 million 4 thousand euros to the company.

The 1 million passenger guarantee given to the company last year also failed, and only 16 passengers used the airport. A guarantee payment of 645 million 6 thousand euros was paid to IC Ã§taÅŸ Ä°nÅŸaat.